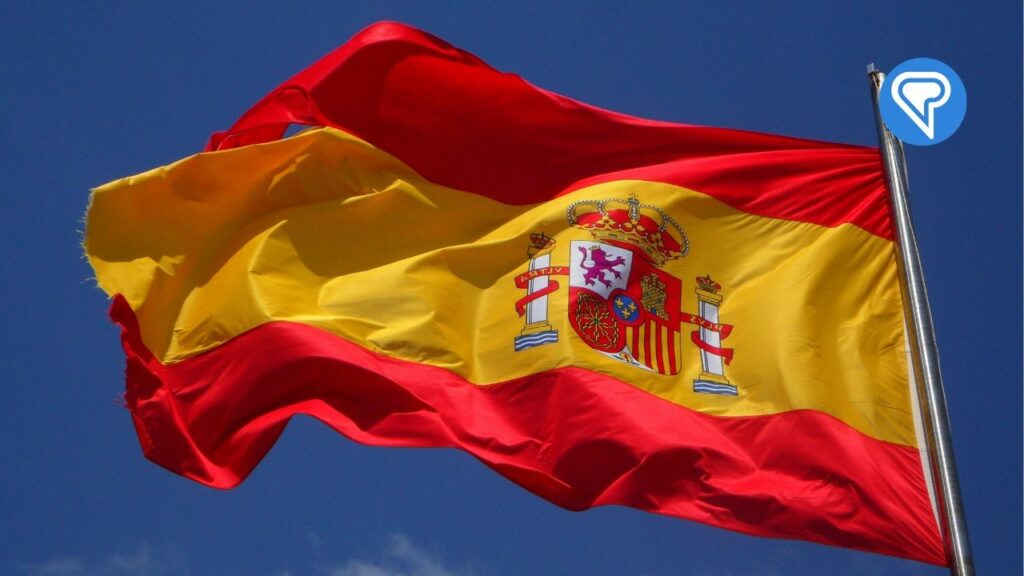 All the Tricks and Tips You Need for Learning Spanish

As I’ve said so many times, the big thing in language learning is motivation. I keep on repeating it because it’s not about talent, it’s not about classes or teachers or methods, it’s primarily about motivation and the amount of time you spend on the task and noticing–noticing what’s going on in the language. I think the good language learners have become better at noticing. They’ve become more aware, more alert to what’s happening in the language.

In my opinion, Spanish is one of the most attractive languages to learn. We can all be motivated to learn a specific language, like Mongolian or Finnish because we have a friend or a particular interest. Maybe we want to learn Korean to be able to watch Korean dramas or Japanese for amine or business. There are always lots of  reasons. Spanish is different: there are a number of real big advantages to learning Spanish.

First of all, a lot of people speak Spanish. You have all of Latin America, except Brazil and Haiti, and of course Spain. All these countries are quite different. When I think of Spain, which I know much better than Latin America, I think about color and music. It’s a world where people have fun. Latin America is the same. So many dances come from Latin America.

I still remember sitting in Marbella in southern Spain. They had closed down the street and the restaurants had their tables out there. It was 11:00 o’clock at night and we were sitting under the starlit sky. We could smell jasmine around us. We were having dinner at 11:00 o’clock at night. You don’t do that at home. It’s like time stands still. We were eating this wonderful meal and nothing mattered. I think the Spanish have an ability to live in the moment and enjoy it and so those are the kinds of things you enjoy there.

I can still remember being there in the ‘60s and going to a bullfight. Now, granted, there are animal lovers who don’t think that’s a great thing to do, but the music and colours and the powerful sun left a lasting impression. I also remember hitchhiking into Valencia and seeing the orange fields. Driving into Cordoba and Sevilla and smelling the lemon blossoms, and the music, of course, not only flamenco, but all of the music. Spain is powerful that way.

I visited Mexico with my wife. We were in San Miguel de Allende, Guanajuato and Mexico City and, again, powerful colours, friendly people, music. We had the same experience more recently in Peru and Argentina. Even other cultures like the Mayan or Aztec cultures now come to us through Spanish. There’s a whole world there, so that makes Spanish attractive and I think it should motivate people to learn it. Those are also very popular tourist destinations.

Spanish, I think, is an easy language to learn. It’s also a kind door to the Romance language world. If you learn Spanish, you can learn Portuguese; 200 million people in Brazil. You can learn Italian, which is a phenomenal language and has so much history behind it, and French. Spanish kind of leads you into this world.

So I think there’s tremendous motivation–there should be–for a lot of people to learn Spanish. Not just because if you’re an American there are more and more Hispanic people and you might one day need Spanish to find a job. I think these are minor issues. Language learning is a long road. It is not enough to need the language for a job; you need a deeper level of motivation.

Once you realize that it’s actually a very long haul to get to genuine fluency, that’s where you need that intrinsic motivation. You have to like the language and like the people, at least some of them. There has to be that personal desire and commitment to the language, and I think Spanish is an easy language to get committed to. Let’s move on from commitment to some tips and tricks for learning Spanish.

Tricks and Tips for Learning Spanish

Spanish is an easy language to learn for a number of reasons. Of course there are tricky aspects like slang vocabulary and other things, but Spanish is a lot easier than many other languages. First of all, like all Romance languages, for English speakers there’s a lot of common vocabulary–lots. Spanish has the advantage that the spelling is extremely consistent, unlike French, for example. The vowels are pure, there are no diphthongs.

Accents: I always find accents a little bit annoying because I have to change my keypad in order to accommodate them, but the system is quite consistent as to when we use accents in Spanish and when we don’t. Look at the rule and you’ll forget it the first few times, but eventually it will stick.

To that extent, it’s easier to tell the gender of verbs and nouns than in French or some other languages.

Verbs: Like all Romance languages, you have to come to terms with the verb issue. There is a very good website called Verbix and there you can find conjugation tables for I don’t know how many languages, including Spanish. Refer to it from time to time. It’s difficult, I find, to try and concentrate on memorizing those tables. You just have to look at the conjugation tables from time to time and start noticing as you’re doing your listening and reading. For more information check out my video on Spanish verbs or this blog post on some of the most common Spanish verbs.

What are some other useful tips for learning Spanish? There’s this “ser” and “estar”. Spanish has two words for ‘is’. Something that you are permanently is “ser,” something that are now but may not be later, like happy, is “estar”. 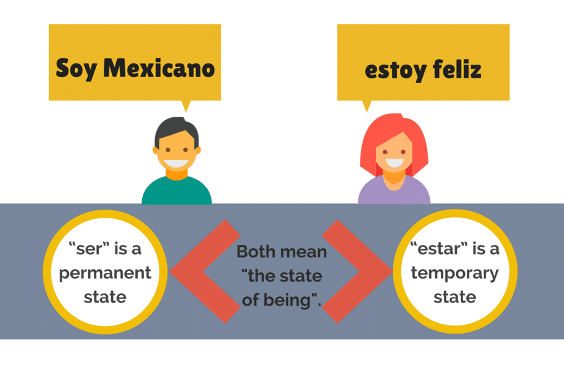 Also, Spanish has two words for ‘for’: ‘por’ and ‘para’. Here again, you’ll read the explanation and you won’t understand it, then slowly and with enough exposure and practice it will gradually sink in. Getting it wrong won’t prevent you from communicating and understanding. 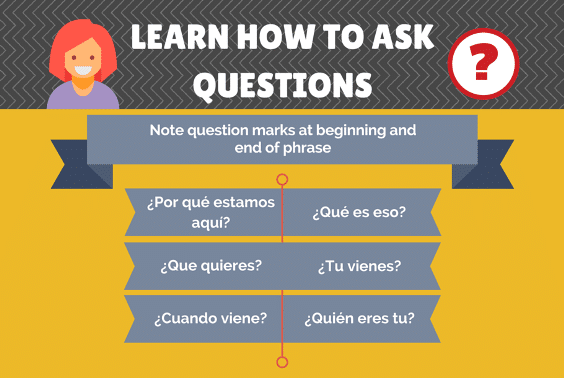 Spanish has funny little features. It has upside down exclamation marks and question marks at the front of the sentence in addition to the regular one at the end of the sentence. It’s the only language that I’m aware of that does that. I don’t know why they do it. Everybody else manages fine without that. We know when there’s a question or an exclamation. I’m sure Spanish people who read other languages don’t miss them. At any rate, that’s a little idiosyncrasy of the Spanish language.

I won’t go into the subjunctive since you needn’t worry about it until you are well on your way to understanding Spanish and communicating in the language. Focus on listening and reading, on building up your vocabulary, and enjoying the language. Find content, such as these Spanish short stories, that you can enjoy. Last but not least and maybe the most important of all tips for learning Spanish: Get started now, and you will thank yourself a year from now!

How long does it take to learn Spanish? Check out this post on Steve’s blog to find out!

Hey, just a quick note. You might want to double check the explanation of SER and ESTAR. The permanent and impermanent discourse tends to clear things up initially but cause problems in the long run.
We usually explain it like this:
Ser is for:
1. Personal presentation, name, nationality, profession. Soy Stephie, soy profesora.
2. Personal description (personality and description): short, nice, skinny, young. Soy joven, simpática, etc.

I hope you don’t take offense to my comments. It is just that after 10 years of teaching Spanish I have noticed that the permanent/impermanent explanation isn’t exactly true.

The post is inspiring and motivating! Thank you SO much!

Thank you so much for the informative post. I’m feeling that at least from now onwards I could improve my interpersonal skills as soon as possible.

Thanks for this post. I’m learning Spanish and becoming more fluent every day thanks to your tips.

I noticed that you recommend to listen to the same material as a beginner many times. Listening that many times could take a few days. Am I still suppose to start a new lesson everyday even thou I am trying to focus on listening 20-30 times on the first lesson. If I don’t start a new lesson, then I will be going a few days without any progress showing on LIngq. Please advise on what you recommend that I should do.
Thanks,
Troy

Interesting article! Learning a new language is a lot of fun, but indeed you have to keep it up and practice a lot. I would recommend to go into the city with your tutor to learn the language in day-to-day situations.

Great article about tips on learning spanish. I would like to thank you for the efforts made in writing this article.

With a plethora of basic Spanish tutorials available online, it is difficult to choose the right one. More often than not, the individuals spend a lot of money on a particular course but still don’t get the desired results. The Interactive Spanish is not just another program that you see on the advertisements. Let’s see what makes our program different.

Your post information is very unique and useful for all readers.

Hi admin,
Thanks for post this article. Appreciated article and very informative. This is very motivational post for learning the Spanish languages.

Learn Spanish Language in just 7 Hours
Our course has been especially prepared to:
1. To help the beginners in the language.
2. To increase the interest in Spanish language and culture.
3. To help in pronouncing Spanish correctly, like native speakers.
4. To teach Spanish grammar in the easiest possible way.
5. To help all levels of the learning.

Thanks you so much very informative post.keep it up Sir.

thanks your information is good for Spanish learner.

Great post for tips. I have been learning Spanish for some weeks. Hope I can learn the language faster now.

Great Article. Thanks for posting such an informational article.