BlogLearning GermanWant to Learn German? Here’s How I Did It. 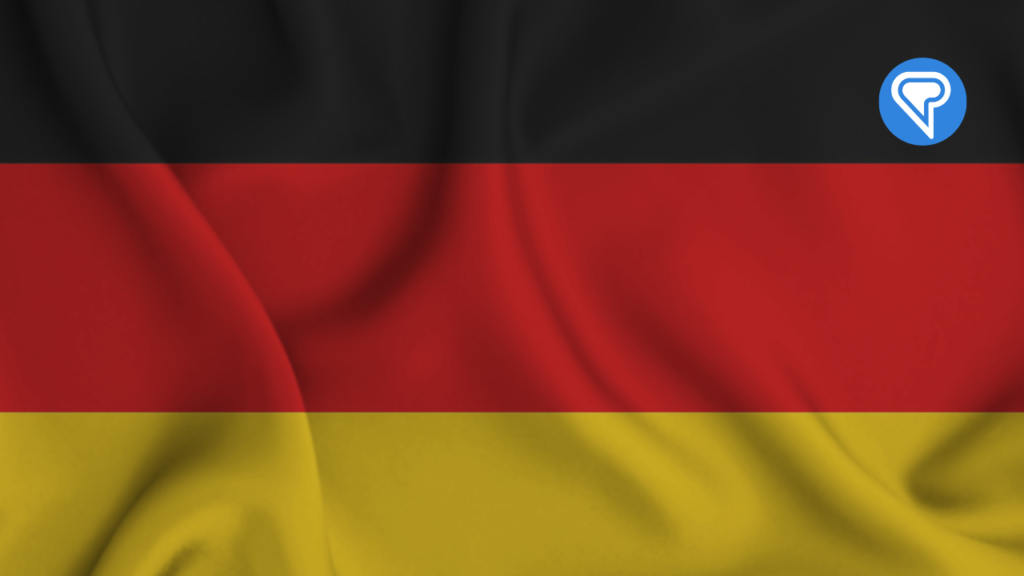 Want to Learn German? Here’s How I Did It.

In 1987, I decided I was going to put forth a major effort to learn German. I’m going to explain that to you in detail.

Long before I decided that I was going to learn German, I did have exposure to the language. My parents were from Czechoslovakia and they spoke German at home, although they spoke English with my brother and me. So I had heard German, but I couldn’t speak it.

In my twenties I worked on a German ship for two weeks hitchhiking over to Europe. I also hitchhiked around in Germany. I even worked for two weeks on a construction site in Vienna, so I had some use of German but it was very rudimentary.

In 1987 I was between jobs. I had a month off and I said, you know what? I really want to learn German. Prior to getting on that German boat, I had looked through a German grammar book. Even at this time it struck me that it was just impossible to remember all of those grammatical rules. This was in 1987, long before I had heard of Stephen Krashen, input, or LingQ. I told myself, I need to read. I need to read to get a sense of this language. I need to get the language in me. So let me show you what I did.

First of all, I went to the second-hand bookstores here in Vancouver and I found this old book from the University of Southern California published in 1959. Someone actually took the time to go through this book and write down translations. This was really helpful for me as a new learner because I didn’t have to flip back to look up words.

Then I read “Deutsche Kulturgeschichte” by Hans-Wilhelm Kelling. I love history, so I loved this book. This book, however, did not have a glossary, so it was more difficult to read and I just let whatever words I didn’t know fly over my head. I read many other books during this time in my life, but you get the point.

At some point along the way I found a cassette tape series of interviews. These were interviews on German radio where they would interview normal people. This was the best. I listened to it over and over again. If I get a hold of audio material that I find interesting, it’s almost like music. And even if I don’t fully understand it, I just listen over and over again.

The world is different now. It has never been easier to find content that interests you. You can go out and find endless text and audio material which can be imported into LingQ to read and listen to. I used to have to go to Germany and find CDs to listen to. These days it is much easier to find material. However, there is one drawback to purchasing modern books: very often they prevent you from downloading the text or audio, even if you’ve paid for it, which is very unfortunate.

Now, let’s take a look at my activity level learning German on LingQ. I have never spent a tremendous amount of time learning German on LingQ. However, if I look at my all-time stats, we can get a sense of the level of my activity. So here’s the growth of my known words, which on LingQ is some 33,000. The year 2009 seemed to be a pretty active period for me. I was very active again for some reason in 2016.

So in terms of my LingQs created, I’ve got a total of 13,000 words that I have looked up, but the known words total is  28,340. That means there are many words that I simply didn’t bother looking up because I knew them already. 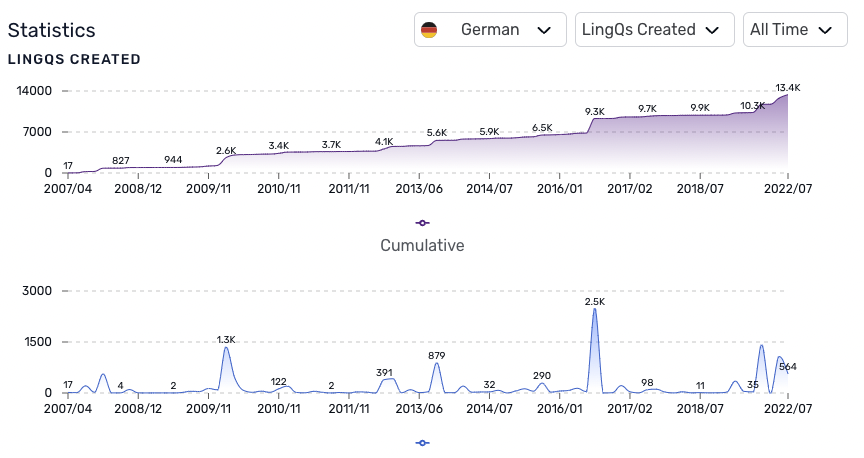 This is what I have done to improve my German since learning the language in 1987. However, my German is still not as good as I would like it to be. I have spoken to German people here and there. I’m a bit shy about my German, but if I have to speak I speak. As is the case with many of my languages, I would like to be better.

On the other hand, I brought my German from a very rudimentary level up to a level where I can understand, I can read books for pleasure, and can speak to people. With a little bit of effort, I can bring it back to where it was before and improve it beyond that level. This is the level that I like to get my languages to call it sort of a dormant B2 level. Once you’re there, you don’t lose that much, even if you don’t use the language or read in the language. I like to have my languages parked at that dormant B2 level so that I can learn new languages, then when the opportunity or the need arises, go back and recover those languages that I have studied before.