My Tips for Learning German

Tips for Learning German has been transcribed from Steve’s YouTube channel. You can download the audio and study the transcript as a lesson at LingQ.

Hi there, Steve Kaufmann here again. This is a short, I hope, follow-up video to the one I did about learning German. There were several comments, one, and I’ve heard this recently, is that my sound is too low. I’ve finally decided to try other things other than adjusting the input volume. I got rid of my Blue Snowball, which I thought was a better microphone. I’m using this Snowflake here and it seems that the sound is louder, we’ll see. There were also some comments that people would have liked to have me talk a bit more about the specifics of learning German, so I’ll attempt to do that.

If focus, mostly, on motivation because, to me, in all language learning motivation is by far the biggest factor and so you have to find a reason to want to learn this language and I suggested that perhaps upfront German may appear less motivating.  One big problem is you go to Germany and a lot of people speak English, so that’s de-motivating if you want to practice your German. The other thing is German is not a romantic language. It’s not perceived as the language of love like Italian and so forth.

We listen to Italian and Spanish music, singers. I, personally, don’t listen to any German singers. German music, as in classical music, of course, but not insofar as modern music is concerned. We have this phenomenon of the Korean drama, which creates a lot of interest in Korean. We have Japanese anime, which creates a lot of interest in Japanese. I think, for whatever reason, Germany, despite its economic power, doesn’t seem to have — insofar as modern culture is concerned — the same universal appeal as others.

Now, I’m speaking perhaps from ignorance. I know there are people who like German rock music. That’s come up at our forum at LingQ. I don’t even know what it is. With German, therefore, you kind of have to force your way in there and appreciate it for what it is and, personally, I found it motivating to deal with German and deal with the challenges of German. So, what are the challenges of German?

Well, first of all, German is not as difficult for an English speaker as Russian, Chinese, Japanese, and so forth, because it’s a related language. If you look up lexical distance and stuff on the Internet, you’ll see that English is quite close to German. There are a lot of common words, some of which mean different things, some of which we can’t recognize, but English and German have a common origin and they also have a lot of similar loan words from Latin or French. So there’s a lot of common vocabulary, that’s on the positive side.

Here you can read about: The best way to learn a language

The declensions, I mean there are only four cases, if I’m not mistaken, which is a lot easier. It doesn’t seem like a big difference compared to six, but I’ve found that in Russian the instrumental and the preposition and all of the reasons, exceptions and everything surrounding the use of cases was much more of an issue than in German. I’ve found in German you can almost ignore the cases, at least that’s been my strategy. I’m not writing an exam. I don’t need my C-2 in German. I can understand perfectly well without knowing the cases. People understand me when I get them wrong.

I got motivated once to try and improve my sense of the cases and I got this audio book _____. They talk about when you use the dative and when you use the genitive. I listened to it a few times. Really, I don’t remember a thing. It had very little impact on me. I really don’t care, to be perfectly honest, those are my goals. I feel that by lots of listening and reading and paying attention, slowly I will get better. Every attempt to study those declension tables has been a failure, but it’s not such a big problem.

I am more conscious of that in Russian. I make a greater effort to try and think which case is thing going to be and that’s slows me down, whereas in German I just wing it and I don’t care. In fact, I’ll say it was when I stopped trying to ace the declension tables that my German improved. I started focusing more on acquiring more words and improving my comprehension and listening, as I mentioned previously, to conversations between people and so forth. I enjoyed it more. I got better. I became more fluent. I understood more and I don’t get hung up about these case endings. Now, any of you that are studying at school or writing for exams, of course, you don’t have the luxury. You have to sort of work on it.

So, what are the major problems in German? Pronunciation I don’t think is such a big deal. You don’t have to pronounce with a guttural ‘R’. You can pronounce with a rolled ‘R’, which they do in the south of Germany. The vowels are not such a big problem. I think the spelling is consistent, but it’s different from what we’re used to in English. You just have to get used to what the letters represent.

Personally, I find it distracting that in German all of the nouns are capitalized. It’s not done in the other languages that I’ve learned. I know very well what is a noun is and what isn’t a noun. In fact, my reaction to a word is based on the meaning of that word in the context not on whether it’s capitalized or not. I don’t really understand why in German they capitalize their nouns, but they do. So, as I always say, you can’t resist the language, you just have to go with the flow.

I guess the biggest problem in German is this whole issue of word order. If I can characterize it, ‘If you learn German want, then the long convoluted sentences they use you must get used to.’ The verb always comes at the end. Just for the fun of it, I went to _____ here online and grabbed a paragraph from an article about President Obama and it says _____.

So those are the two things. One, that the verb will often come at the end and, two, that the verb is often divided, which is part of the verb at the front and part at the back and, typically, those verbs that can be divided are verbs where the emphasis is on the first syllable. Basically, that’s it.

So this is an issue at first. Any language when you start learning it, reading we know the words and we kind of vaguely sense the meaning, but it’s tough slogging. It seems a little foggy for us. We kind of lose our thread. That goes on for a long time. We know the words and we kind of get a sense of the meaning, but the picture is not in sharp focus. What do we do? Keep reading and listening, that’s all you can do, and what seems foggy at first, eventually, eventually, becomes easier because your brain gets used to waiting for the verb at the end, for example.

For the first few times you don’t notice that a part of the verb is at the front and another part of the verb is at the back, but the more you read and the more you listen, the more you get used to it. You can always occasionally refer to a grammar reference book (here’s a free German grammar guide from LingQ I recommend) and so forth and that may also help you notice, but ultimately, you just have to expose yourself to enough of the language that the brain will automatically pick up the first half of the verb and patiently wait for the other half of the verb to arrive at the end of the sentence.

That’s really the only major difficulty in German. German, to my mind, is not that difficult a language to learn and I would particularly recommend that we get too hung up. Unless you have to write the C-2 exam, don’t get too hung about the declensions. If you totally focus on this one specific aspect of the language and don’t get involved in more of the vocabulary and more of the language, exposing yourself to it and just talking without worrying about it, I think your process will be impeded.

So there you have it, a follow-up video. I did go 10 minutes. Okay, thanks for listening. Bye for now.

Learning German? Check out this LingQ blog post for some funny German memes and laugh your way to fluency!

Remember, you can study this transcript on LingQ by listening to the audio and reading the transcript. 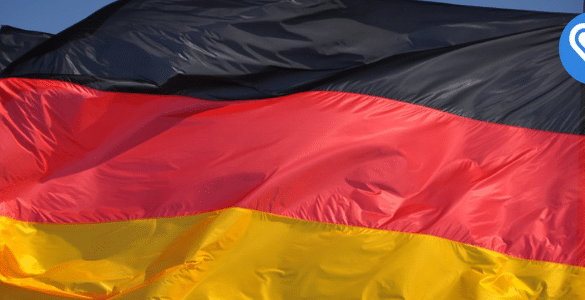 What is the Best Way to Learn German? Here’s My Story

What Do You Believe? The Placebo Effect Of Language Learning

About learning German, some details about the language