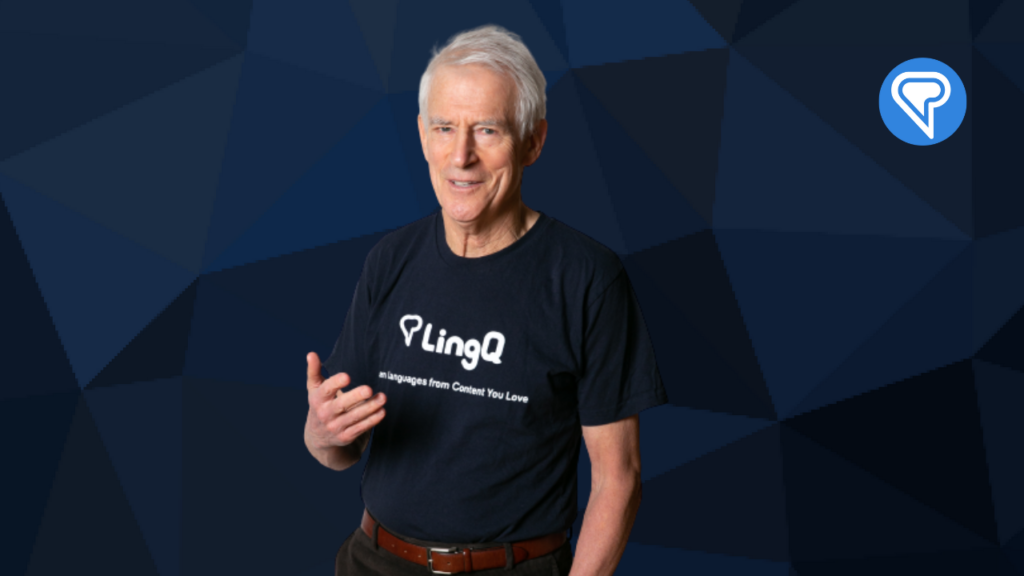 How to Learn Vocabulary

I have said in the past that the best and simplest judge of where you are in the language, of what you have achieved, of your potential in that language is how many words you know.

This is not an absolute number. According to my statistics at LingQ, I know 20,000 words in Arabic and 9,000 words in Persian. I understand Persian better than Arabic. If I go to study a language like Romanian, very quickly my Known Word total goes way up because so many words are similar to say Italian. But until I’ve had a lot of hours of listening and lots of reading my brain isn’t yet used to the language. So the the number of words as a measure of where you are in the language is relative. It’s relative in terms of you as a learner and in terms of the language. Obviously there are some languages where the same word has many, many forms. So the word count goes up very quickly. As your word count goes up, you know that you have learned more words, you know more words than you did before. That doesn’t mean that your word count in Russian is relevant to your word count in Korean or in Spanish.

The next question becomes, what do we mean by knowing a word? This is a question that comes up all the time. At LingQ we measure every form of the word as a different word. It’s easy for the computer to then to calculate how many words you’ve learned, which words are new, new to you, etc., but also because each form of the word represents a different function of that word in the sentence, or call it grammatically. So it’s worthwhile knowing these different forms I believe. But then there are people who say, can you say you know a word if you can’t use it? So here again, my view is when I’m on LingQ and I’m deciding whether I know a word, if I understand that word well in a given context, then I claim it as known. I don’t have to be able to understand it in every context. I don’t have to be able to use it. I just understood it here. I’m happy, I move it to known because I can always move it back to unknown. If in another context I see this word and I don’t know what it means, I look it up, I realize that there were three or four other meanings of that word and another meaning is more relevant. I would rather have a chance to review that again. I don’t want to move it to known. I move it to status two or status three.

For those of you not familiar with LingQ, a blue word is one you have never seen before. Status one you’ve seen it once and then you move to status two, where you’re starting to get familiar with the word. Status three you’re almost ready to say it’s known. And I find these different statuses useful because I’ll sometimes go into my vocabulary section and basically just go through my status three words, because those are words that I’m close to knowing, and I’ll find that, in fact, a lot of those words, I know. I know them well enough to say I’m going to move them to known.

Some people say, well, you don’t know the full scope of the meaning of the word. Of course not. We gradually become more and more familiar with words as we see them in different contexts. The use of the word, which words is this word is use together with and so on. There is this idea that a particular meaning of the word, which has a well-defined scope in say language A, which might be different than the translation of that word into language B. So in every language, the scope of meaning of a word can be different. And then you have how many words that sound the same might even be spelled the same and mean different things. So these are all things that we gradually get used to. I would put it this way: when the decision on when we say a word is known is subjective, it’s not for someone else to decide, it’s for us to decide.

I may find it useful to call a word known, and then I might find it useful to move the word back to unknown. And other people may be stricter on themselves and only claim they know that word if they can use it. I consider that impractical because inevitably we are going to have a much larger passive vocabulary than active vocabulary. If we waited until we can use every word, if we tried to train ourselves to make sure we can use every word before we claim it as known, we would be forever building up a large passive vocabulary and we need a large passive vocabulary in order to read, in order to understand movies, in order to have conversations, particularly with native speakers who will always have a larger vocabulary. I shouldn’t say always, but in most cases have a larger vocabulary than we have. So I’m quite content to see my passively known words total accumulate.

Another purpose for me is it makes me feel good. So if I see the number of known words going up, if I see that my page at LingQ has more white on it and more light yellow, it makes me feel good. I feel that I’m making progress because so often in language learning, we feel we’re not getting anywhere. This is an indicator that in fact, I’m getting somewhere. So as I say, this definition of when you can call a word known I think should be very much subjective. You sometimes see statements like “You need to see a word eight times in order to have a 50% chance of remembering it.” I saw something recently, research showed that that’s not really true. That how quickly we remember a word is quite random. Sometimes longer, more complicated words are remembered more quickly than shorter, seemingly easier words.

This is similar to what we see in grammar. Some structural concepts will be learned earlier and there’s no particular rhyme or reason for this. It’s just the order in which the brain chooses to learn things. It’s not something we can control that well. Another thing is, when it comes to learning words, a lot of people like doing memory games, flashcards or spaced repetition systems. Again, it’s a matter of what you want to do. I don’t enjoy doing those things. I find that it’s very important for me to be accumulating these words as part of content that I like. The idea that you’re dealing with content that is natural, pleasant and interesting, that helps you acquire the language. It helps you remember the words.

I noticed that for the longest time I’ve been only listening to political content in Arabic from Al Jazeera, France 24, and so on but now I’ve started doing more Levantine Arabic and there’s this television stations in Jordan where they talk about women who want to lose weight and, health issues, makeup and things that are not of great interest to me, but it’s very natural. These people are speaking naturally, and they’re speaking to other native speakers. I find that I’m learning the vocabulary there more quickly than from the drier content that is available in Standard Arabic. So that context is also very important. I prefer to be encountering the words in those kinds of contexts, rather than trying to deliberately learn them. But there are other people who swear by the flashcard approach.

If you are going to use flashcards, and I do sometimes use them, and in learning vocabulary generally, make sure you focus on phrases. Yes learn words because phrases consist of words so you have to know the meaning of the words. But I also save lots of phrases and in LingQ in our vocabulary section, we can then isolate phrases. We can even isolate phrases that are status three, and we can then review those and review them in flashcards. It’s part of this idea of learning words from meaningful, hopefully agreeable content and contexts that are meaningful. And I think that’s a great way to use flashcards, to work with phrases. I prefer phrases to sentences. Some people like to review sentences, but I have found that sentences typically are unique. Each one is unique, whereas phrases repeat. So if you have saved a particular phrase, you may see that phrase again and again, in different lessons at LingQ or items that you bring in.

I think it’s a very personal thing, but acquiring a language is definitely a process of acquiring words.