BlogTechniquesPolyglottery and Speaking More than One Language

Polyglottery and Speaking More than One Language

Polyglottery and Speaking More than One Language has been transcribed from Steve’s YouTube channel.  The original video was published on April 30, 2012

Hi there, Steve Kaufmann here. Today I’m going to talk about polyglottery and multilingualism. Polyglottery is a term that I became aware of only fairly recently. It’s a term coined, I think, by Professor Alex Arguelles. He has dedicated his life to learning languages and he’s learned quite a range of languages, probably languages in all the different language families, modern languages, ancient languages. He has a very disciplined approach to language learning and has a lot of experience.

It was his idea to set up an institute where he would teach people how to learn multiple languages, how to become polyglots. It’s his idea to invite a number of accomplished polyglots to work with him and to share their own experiences. He, in fact, invites people with different approaches to language learning to share their experience, which I think is a very good idea because there are a lot of polyglots. I call them linguists, people who speak a lot of languages on the Internet, for example, but not only on the Internet.

There are a number of them everywhere, but the ones that we can listen to on YouTube have a number of approaches and opinions on how to learn, etc., which they share which are common to them, but they all have things that they do differently and so to have these polyglots come in and expose potential language learners to different approaches I think is a very good thing. If these proficient polyglots can have different approaches, that would suggest that learners would benefit from at least looking at different possible approaches and then deciding which one works best for them.

I must say, in my own experience I never really approached language learning as sort of trying to learn as many languages as I could. Prior to say the most recent 10 years, I would learn a language that I needed to learn because I was there. I needed to learn French when I was studying in France. I was sent to Hong Kong to learn Chinese. I lived in Japan. I got interested in German when we were doing business in Germany. Spanish, Swedish, it was always a specific interest in a specific language, without necessarily thinking when I finish this language then I’ll do another language. Whereas, today, I must admit my mood now is that if I get to a sufficient level in my Czech then I’m going to do another language. I don’t know whether I will stay in the Slavic area and go on to do Polish or whether I’ll go off into the Middle East and do Turkish or Farsi or Arabic, but I definitely want to learn another language. I’ve been bitten by the polyglot bug.

However, in all of this what strikes me is there are lots of these keener polyglots. I don’t know if there are more today than in previous times, but I think we are more aware of them because of YouTube and the Internet. For example, at LingQ I’m amazed to see the number of people on our site who study multiple languages; three, four, five, six, eight languages that they’re studying at the same time. I always thought that people would come on to study one language. Somebody who wanted to learn Spanish would come on and learn Spanish or people who needed to improve their English or their French or their Russian or their Chinese, but actually people are studying five-six languages. So I think this is an interesting trend.

Typically, in school we have one, maybe two languages and, typically, in North America it’s one language. In Europe it might be two, but it would be two European languages. What we’re now seeing via the Internet and elsewhere is that people are studying Asian languages, African languages, Middle Eastern languages. People are really getting into this whole polyglot field of activity and so I think in that sense Professor Arguelles’ initiative could be a very interesting one because there are a lot of people who would like to learn multiple languages.

I am sure all the polyglots will tell you that with each successive language it gets easier to learn, plus you can group them. If I do Russian, I can do Czech and then I can do Polish and, certainly, Chinese helps because of the vocabulary with your Japanese and then you can take your Chinese and Japanese and that will help you with your Korean so you can start knocking off some of these languages and build up your resume, if you’re so included.

With all of that, though, I still come back to the fact that a majority of people, particularly in the English-speaking world, only speak one language and, of course, that’s because English is such a dominant international language, which is a good thing. I sometimes see people knocking English, but when I see people from foreign cultures communicating with each other so well in English I realize what a tremendously useful and practical tool worldwide English is. It does make it easy for English speakers to be lazy and yet I constantly come across people, even here in Vancouver, when I tell them that I have this website for language learning, oh, I’m really interested. I’ve always wanted to learn Spanish. I’ve always wanted to learn Chinese or French. At that level these people are very interested and many of them go take courses, but how many of them really follow through.

So Professor Arguelles is going to help people who have five languages move it up to 10, but how do we get the people who only speak one language. It’s not just English speakers, let’s be fair. I was at a charity concert the other evening on behalf of the victims of the tsunamis in Japan who are still dealing with lots and lots of problems. The majority of people at this charity concert were people from the Japanese community here in Vancouver and, particularly, first generation immigrants, people who have been living here for 20-30 years, and I was quite astounded by how poor the average level of English was amongst these people.

I come back to this point, how do you help people learn that first foreign language well because that’s the biggest step. What can we do? Can we spread the word? Can we convince people that they need to spend the time? They need to get motivated to learn the language. They don’t need to get hung up on the grammar upfront. Again, this Russian fellow at the University of _______ saying if we want to learn a language go out and buy a book on linguistics. Most people aren’t going to do that. Most people, I still believe, are somewhat intimidated by all these rules upfront and frustrated that they can’t remember them and frustrated that they can’t produce the language effectively.

It’s my belief, as many of you who’ve seen me here before will know, if you can get people to relax, enjoy the language, find a way to enjoy the language, enjoy the songs, enjoy the TV programs, read, listen and don’t worry about speaking until you want to or have an opportunity to. Can we make that first language easier? Can we somehow encourage people to expose themselves to more of the language, but in a way where they actually start to notice?

I was quite impressed by many of these Japanese Canadians who have been here 20-30 years, who still use Japanese sentences or word order, yet you’ll see young people who come here from Japan on a working holiday and work in a restaurant where they’re serving Canadians and they’re speaking English all the time. They’re fun. They want to be with it. They want to be part of the community. Those people learn to speak very quickly.

I don’t know really how we get this sense of just have fun with the language out to more people so that we can genuinely get more people speaking more than one language. If they get the first one down, then they can get the second one and from then on it’s not a big, big step to becoming a polyglot, but you first have to get that first language down. So I’d be interested in knowing what people out there think can be done to help the many, many people who struggle with learning that first foreign language. Once we do that, we can move on to polyglottery.

Thank you for listening. 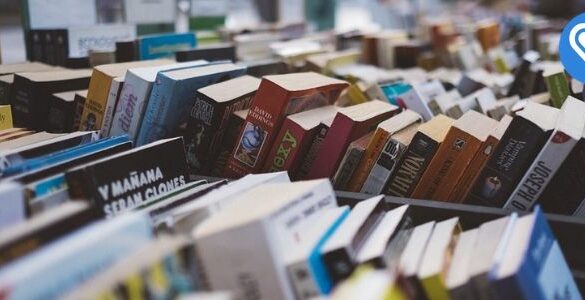 How Many Languages Do You Speak?

1 comment on “Polyglottery and Speaking More than One Language”

I love your site. (don’t believe them when they say that old persons can’t learn a new language.) I am still intermediate, but I am improving and I always find your site different and interesting. Even when I a tired I can do one of your lessons.