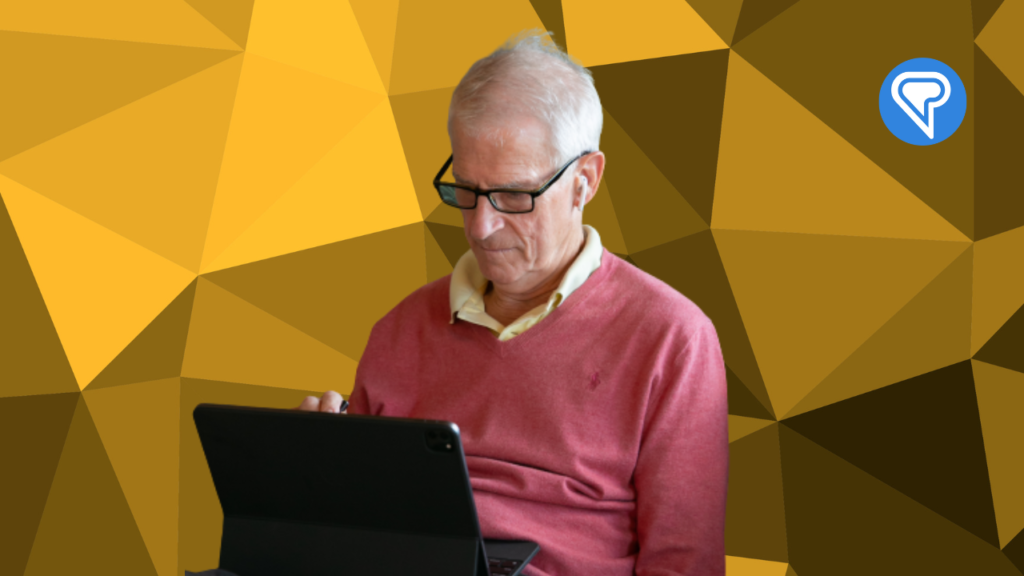 You may remember that I said that there are seven goals that I have when it comes to language learning and I kind of have a hierarchy of goals.

My first goal is to acquire words. The number of words I know is the best indicator of my level in the language. My second goal is to read a lot and I follow this statistic at LingQ, I can see how many words I have read. The third goal is listening. It’s the third goal in the hierarchy, but in many ways it’s the most important because it’s the major activity that I do when it comes to language learning, simply because it’s so easy to do. So I can get up in the morning and listen, I can listen while doing the dishes, I listen while I exercise. I listen while in the car, the train or wherever I am. I can always listen. I can listen 15 minutes here, 20 minutes there and before you know it, I have an hour of language learning done.

When I start in the language I need a lot of repetitive listening. That doesn’t mean that I listen to say one mini story 30 times at one sitting, but it means that I’ll listen to that story a couple of times, then I move to the second story even while I don’t really understand the first story that well. Again, remember the brain wants repetition and novelty as the great Manfred Spitzer said, we need them both. So I can repeat, I can listen to that first story two or three times, but at a certain point even if I don’t understand it, I want something new.

Typically I’ll go lesson one a few times, lesson two, lesson three, lesson four, back to lesson one, and eventually I’ll end up listening to that first story, 20, maybe 10, 20 times. In fact, it’ll end up being more than that. The mini stories are kind of the, sort of the gym I like to call it. That’s where I work on my core capability in the language. So even much later in the language, when I have acquired a lot more words, I still like to go back to listening to the mini stories, because I always discover things that I hadn’t noticed before. In other words, things that I’m now open to because I’ve learned other things in the language. So I start to notice them. In listening, I don’t really have a goal like “I want to listen to so many hours”. I just want to listen. It’s easy to do. I do it. Whether that’s a hundred hours, 200 hours, I don’t pay the same amount of attention to the total number of hours I’ve listened to as I do to the reading or the LingQing and adding to my known words total, because the listening I’m just going to do it.

It’s important to realize that when you listen, you shouldn’t think you need to understand everything, you don’t even have to focus all the time when you’re listening, it’s just getting the language in you. My goal in listening is to make sure I get that exposure to the language. It’s not to make sure I understand anything. With enough listening the comprehension will come.

The mini stories are relatively simple and there’s a lot of repetition, but as you graduate from the mini stories to more difficult content, you aren’t listening as often. You’re encountering more words that you don’t know, and so there, I think it’s very important to recognize it may be frustrating that you don’t understand. Make sure you have access to transcripts because to listen to something that you totally don’t understand, I don’t think is very useful. If you have access to the transcript and you can look up the words on LingQ say, and you listen again, it may seem that every time you listen, you still don’t understand the same parts. You have that experience all the time. However, if you keep going, you will gradually understand more and more, and I’ve had that experience many, many times.

With more difficult content my strategy typically is to cover the material in sentence mode so that with timestamps, I can listen to the sentence and even they’re the same words, the same phrase. I don’t understand them. I can’t pick them up. It goes too quickly. It doesn’t matter. Gradually you will understand more and I’ve had that experience. So the goal in listening is to make sure you listen enough that the brain will eventually get used to it and make sure you have access to the transcript so that you can actually read it and have a chance of understanding what you’re listening to. You may still not understand it, but you’re gradually building up to that better level of comprehension and listening. Comprehension is such an important goal because it’s the condition. Once you have that listening comprehension, you can watch movies, you can listen to podcasts, you can engage in meaningful conversation with people. All of those activities, the sort of higher level activities are going to improve your ability to speak, which is where we eventually want to end up.

In terms of a time, listening is where I spend most of my time. Between my different opportunities to listen during the day I easily get in an hour and then I only need another half hour or so of reading and LingQing if I’m using LingQ, and I’ve got my hour and a half a day of language learning time in. So listening is the easiest thing to do. It’s very important for forming new habits in the brain for getting you to notice phrases that you will eventually want to use. It’s the best preparation for speaking. Even if you stop for a while, when you go back to listening and all of that listening activity that you have done that has created new language habits in your brain, it’ll still be there. You might have forgotten a few words, but as you relearn these words, and as you listen again, you’ll be back stronger than ever. Make sure you invest enough time in your listening activities.