BlogMotivationLet the Language Come to You

Let the Language Come to You

This morning I played hockey. I play Old Timers Hockey three times a week. Monday and Friday we have like a pickup situation. We have a blue team and a gold team. One of our members makes up a lineup and we go there and we find out whether we’re blue or gold. Ten on each side plus two goaltenders and we just play nonstop, no whistles. Then on Wednesday we have a game with referees, three periods and the rest of it.

This morning our lineup, we were the blues. We had a few nice goals, my line in particular. We had a few nice combination plays and goals. I think we might have won that 4-2 or something. Then in the second game we kind of pressed too hard. I think we were just trying harder and so we lost. I play center and my winger said, you know, sometimes we’ve got to just let the game come to us rather than forcing it too hard and that made me think of my experience with language learning.

Here I am now trying to juggle three languages. I’m trying to continue to improve in Russian and Czech while at the same time learn Korean. There are only so many hours in the day, so I find that more and more I’m just comfortable doing what I like doing and just accepting whatever it is I’m able to achieve. Of course, to me, the main thing I’m able to do here is to read and listen and so my main satisfaction and sense of achievement comes from understanding.

I spent a fair amount of time at LingQ, I copy-paste or import items from Ekho Moskvy. I listen to them and then I go through them at LingQ. Typically, there I’ll have five, six, seven percent unknown words. I’ll go through those, maybe read it again and then I’ll try to find time to do some Korean. There again in my Korean, mostly I go at more difficult content like this Kim Hyon-hui biography of this North Korean (terrorist really) who blew up a plane in 1987 who is telling her life story. There, typically, the new word count is like 40%. So it’s hard work and I don’t understand when I’m listening. Then I’d have a discussion and sometimes I’d do well, sometimes I wouldn’t do well.

I found, even with Korean, I was putting pressure on myself because I couldn’t understand what the tutor was saying very well. Unless I dictate the subject by talking about something that I can talk about — of course, the tutor has to come back with something that I can talk about — then we can talk about some limited number of things. But if the tutor starts going in Korean, I don’t know what he or she is talking about. So that kind of bothered me, in a way. Then I kind of said, well, does it really matter? Enjoy what you’re able to do; you know, just work my way through those difficult texts.

I’m learning about this Korean spy and she’s describing her life in North Korea and how she got involved in these spy activities or these really terrorist activities. I occasionally flip back to some easier content but in Czech and Russian I’m very much still enjoying what I’m doing.

It’s funny, the last few times that I’ve spoken with my Russian and Czech and even Korean tutors, they’ve all told me that I’m doing better than ever. That, of course, depends on the occasion. If I’ve just come off doing a lot of reading — and I find that reading especially helps — I’ll tend to do better. But today I’d been listening to Czech in the car and then I went to have a haircut. My barber is Ukrainian so we usually speak Russian and I had more difficulty there than I did when I had my conversation with Alex, one of my Russian tutor.

I guess what I’m coming to is, just as in hockey, the play comes at you in a certain way. Opportunities present themselves, you react to that. In hockey, hopefully, the puck comes your way, you’re able to see someone open, you make a pass, they score or you see a play developing at the other end and so you’ll peel back and be ready to back check when they counterattack. So you kind of feed off the play. Let the play come to you rather than trying too hard, rather than going in and checking like crazy.

In a way, language is the same way. If you’ve had an opportunity to speak a lot you’re going to speak better. If what you are able to do is read and listen, then do that and enjoy it. When the opportunity arises to speak more, you’ll gradually start speaking better. I know with Korean I’m six months away and that I have to work my new words total on LingQ down from 40% to 10%. I know from experience that when I’m at 10% I’ll be doing fine, I’ll be able to express myself. With mistakes, but I’ll be able to express myself.

While I’m at 40%, I’m just going to have to plow along. That’s how the game of Korean presents itself to me right now. Because I have an unknown word count of 40%, when I’m talking to my tutor, they’re talking quickly, I can hear where the words begin and end, but I don’t know what they’re saying. I just have to accept that. That’s just the way it is. That’s the way that Korean presents itself to me.

If I’ve been focusing on Czech for 30-40 minutes in the car listening to something in Czech and all of a sudden I have to speak Russian to my Ukrainian barber, I’m going to struggle. That’s just the way it happens, it doesn’t bother me. Of course, everyone learning a language wants to speak. The goal is output, but I’m in no hurry to be able to output in say Korean. I know from experience that there will come a point when I’ll be able to output better. Right now my ability to make output – to speak – is limited and that’s fine. That doesn’t bother me.

However, it was interesting. In my conversation with Stephen Krashen, he said that a lot of learners want this transparency. They want to be able to understand everything. They want to be able to speak when they want to speak. Therefore, I think that’s one of the reasons for the success of programs like TPRS, which is Teaching Proficiency through Reading and Storytelling. There they make a deliberate effort to make people relax, let them create stories that are of interest to them and then they limit the amount of vocabulary that’s taught in any lesson. They allow the students a timeout if they didn’t understand. Everything is done to relax the student, to make it relevant to the student, to make it of interest to the student and only a limited amount of vocabulary is introduced because his then makes the student feel more relaxed. It introduces this element of certainty or transparency.

I think that’s great for those people who want to do that, but my goal is to get that new word percentage down from 40% to 10% in reading authentic material like this biography. So if every time I go to class I’m introduced to three phrases only, it will be a long time before I’ll be able to read things of interest to me. So for me, the way the game presents itself to me, the way the language comes to me, the way I want to deal with the language is that I’m quite happy just to plow along reading and slowly increasing my vocabulary; slowly, but faster than if I were only learning three phrases per lesson because, typically, I’m adding hundreds and hundreds of words a week to my vocabulary.

If I look at the example of Czech, for me to be reading Czech articles where there are only five percent new words, where I understand most of what’s there, I have a large vocabulary. It’s got to be in the 30-40,000 word area. I don’t know. That includes all the inflections and conjugations and so forth and that’s within 15 months. That’s several thousand a month of words and you can’t do that if you’re learning three phrases per lesson. However, that’s the way I want to deal with the language. That’s the way the language comes to me. I accept it that way. I accept the lack of transparency, the lack of certainly, the difficulty, the inability to express myself or to say much of anything for the first three, four, five months, stumbling.

Even in Korean when I have tried to focus on these patterns, read them and listen to just the patterns, almost out of context in the hope that this would help me, in effect, when I go to speak I don’t necessarily do any better. Rather, it’s when I’ve been exposed to a lot of natural content that I find I do better. Rather than forcing it, forcing the study of certain patterns, I just take it as it comes to me. I’m doing things of interest, that’s how the language comes to me and I just keep plugging away. I don’t know if I’m making myself very clear in this, but we all have different goals in the language.

Again, I was listening to an interview on Ekho Moskvy with a Russian. Gosh, I can’t remember his name. Was it Dmitry Ivanov? Petroff? I can’t remember. It was a Russian language teacher who actually had a program on Russian television, which I saw, where over a series of weeks or months he taught people to speak English and he was very effective. He was being interviewed by Serge Butman on Ekho Moskvy and much of what he said I fully agree with. One of the key things he said that I fully agree with he said in answer to a question from a child who phoned in. When asked what is the most important thing in learning languages he said it’s to enjoy the process. So you’ve got to enjoy the process. However, whatever it takes for you to enjoy the process, let the language come to you, enjoy it and you will succeed.

I hope this makes sense and I look forward to your comments. Thank you for listening.

Language Learning is Getting Easier All the Time 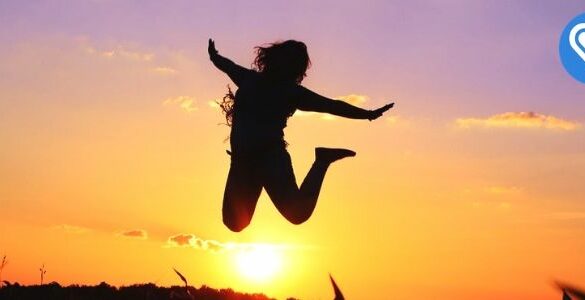 2 comments on “Let the Language Come to You”

To me, it makes perfect sense. I am about to celebrate my fourth year learning English on my own and I do agree with you. I have learnt to relax and enjoy the process and forget the failures very quickly. Your method has always appealed to me and the pleasure I derive from my reading and listening activities is priceless to me. Now I know fluency and proficiency will eventually come to me and I am not in a hurry anymore. Thanks for all your work.

It is a nice article. Thanks for sharing valuable information about the language. There are many languages spoken in the world. We are the best german language institute in Jaipur. Apart from this, We have reputed ielts institute in jaipur.