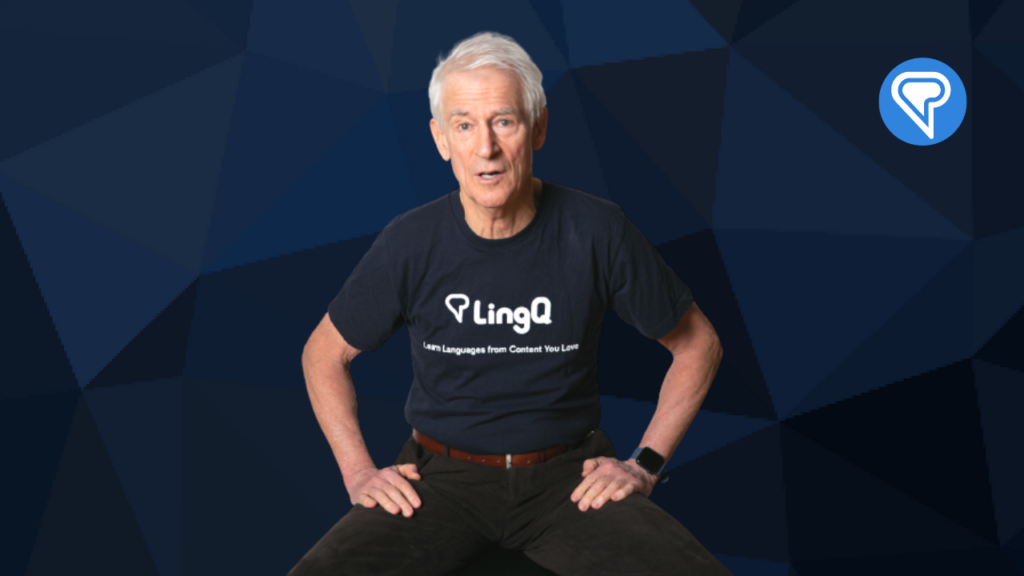 First of all, why am I talking about problems? Because my whole filming set up is giving me nothing but problems. Last video, I had this reflection on those prints that I have in behind me. The time before that I filmed in front of the curtain, which didn’t look very nice. I’ve ordered some hanging backdrops, but I haven’t figured out how to pin them up yet. And then it will at least looked like some fake bookshelves. And then the lighting is all messed up and it’s not working. So I just got fed up with it all, all my problems. And I said, I’m just going to go out in the garden and do it and I’m going to talk about problems, language learning problems.

What are the main problems that I see amongst language learners? First of all, most people don’t realize how long it takes to learn a language. So people get frustrated. They get particularly frustrated when they get to that first level where all of a sudden they know a bunch of words and they realize just how little they know of the whole language. People also get frustrated and they have the sense that they’re not progressing. Maybe they think that everyone else is learning and I’m not learning. And I think that’s where it’s so important to realize: A, that it’s a long process and B, that you have to find a way of doing it that is enjoyable.

So I don’t worry about the fact that I’ve been at Arabic and Persian for a long time and there are other people who learn faster than me. I’m enjoying it. I was listening to my Egyptian Arabic mini stories that have been now rerecorded by Adel of Alexandria and I was going through the texts again and it’s fun. I enjoy it. And I know that trickle, trickle, trickle I’m improving. So the first thing I find is a lot of people don’t have the patience.

Second problem is a lot of people, and I find this myself too, so I’m doing the mini stories, Adel’s mini stories and I’ve gone through two or three of them. It’s not like instantly I’ve done something like I’ve built something or made something happen. I’m just doing this and I have to remind myself that  the language is trickling into me. So don’t worry about doing something else, continue doing what you’re doing and do as much of it as you want. If you do 15 minutes, that’s good. If you do a half an hour it’s good. You don’t have to say I have to do two hours a day, every little helps. So I think that’s an important part of making sure that the time you spend with the language, you don’t begrudge yourself that time. You’re happy doing it. And if it’s 10 minutes, 20 minutes, half an hour or two hours, it’s all good.

Third problem people have with language learning is they don’t like to make mistakes and therefore they are intimidated. I always stress input, but of course we all want to speak. Most people want to speak, and we want to speak with as few mistakes as possible of course. However, I like speaking with mistakes… not that I don’t want to improve, but I know that if I speak with mistakes, I’m speaking. I had a conversation this morning in German and I made so many mistakes. It’s been so long since I spoke German and I speak it so seldom. In that conversation I was getting feedback. I was getting input. We were communicating. If I were to do that more, my German would improve. Not only because I’m speaking, but also because I’m getting input back. And so mistakes are a good thing. Mistakes are not a bad thing.

Unfortunately, too often the traditional language teaching instructional methods teach us to be afraid of mistakes. Well, there’s nothing wrong with mistakes. It’s not like we’re building a bridge and we might design it wrong and the bridge is going to collapse. If we’re communicating, we’re already achieving the main goal. That’s the ideal attitude to have. So you’re speaking with mistakes. It doesn’t bother you to speak with mistakes. The other person isn’t judging you, but at the same time, you’re listening to what they’re saying. You’re listening to how the language is used. You’re continuing your input activities. And so you therefore are gradually improving.

I think those would be three major problems that language learners face. In other words, they don’t realize that it’s a long process. Number two, they sometimes begrudge themselves the time they’re spending with it. Three, they’re afraid of making mistakes. And I guess the fourth one, which kind of summarizes all those three is they’re not finding ways to enjoy the process.

They shouldn’t be measuring how well they’re doing. They should be saying, wow, I’m enjoying what I’m doing. And so whatever, however you do that because you choose content that you like, or activities that you like. If the emphasis is placed on enjoying the process, you will gradually improve.