BlogMotivationLanguage Learning Is Not a Race 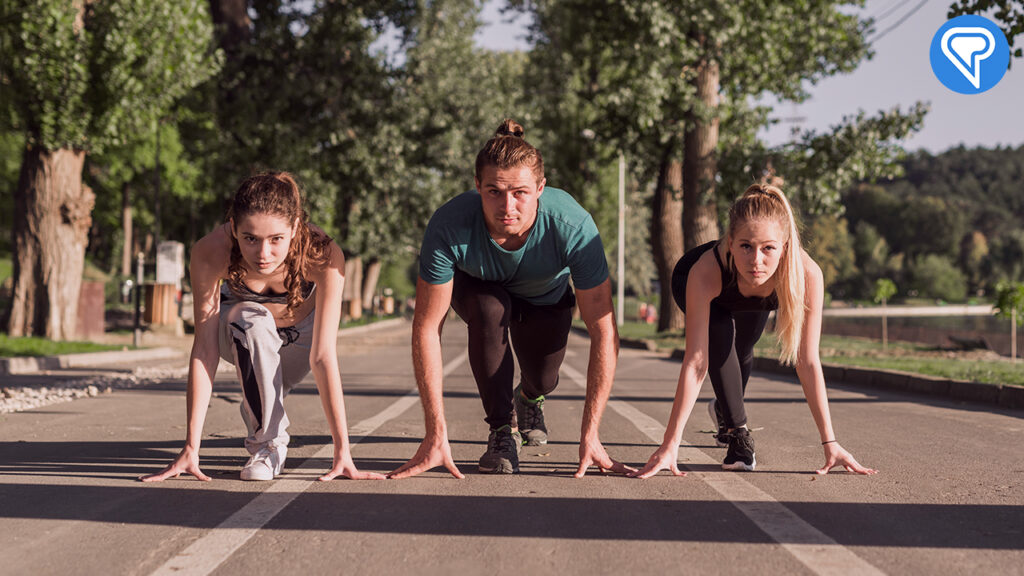 Language Learning Is Not a Race

Today I’m going to talk about the pace — the amount of time, with what intensity we study languages and things that influence that. I’m going to start by confessing that I haven’t been doing much Arabic learning the last little while.

First of all, the reason for that is I had a new floor laid here in our little house, so that disrupted my routine. Second of all, my wife discovered this Spanish serial on Netflix called Gran Hotel and we’ve been watching that for two-three hours every evening, so that takes away from my Arabic study time. It’s just a series of things. Then, next week we have people coming to stay with us; Swedish friends, people that I worked with in the lumber business for over 20 years, at least the husband there. They’re a couple coming to visit with us and that’s certainly going to limit the amount of time I have for Arabic.

It got me to thinking about this whole issue that when we study languages, when I study a language, especially today, I’m studying it for myself and there will be periods when for one reason or another you can’t get at it. You can’t find the time. You can’t fit it in and it’s unpleasant to put pressure on yourself.

Unfortunately, now that I’ve started learning more languages and I’m putting up videos twice a week, I feel a greater sense of obligation to progress in a language. When I started all this with Russian, which was the first language that I decided to go after, I can’t remember, but I think I went a year or more before I even spoke the language. I had no pressure. No one was watching me. I just learned it when I felt like it. I listened to what I wanted. I read what I wanted. It was tremendously enjoyable.

Now I say to myself I’ve been studying Arabic for a couple of months and I haven’t spoken. I don’t think I could speak. Gee, I’d better get at it. I think this kind of pressure is not a good thing because it makes it less enjoyable. I guess I’m saying that the fact that I haven’t done any Arabic for a couple of days and then next week is also going to be a slow period in my Arabic learning shouldn’t matter. I enjoy it, so why should I be in a hurry?

Obviously, when I was studying Chinese or if someone is at university then there is some pressure because you have exams. Even when I was studying Chinese as a diplomat we had to write this British Foreign Service exam, so there are some objectives or external milestones, external demands placed on you. Typically, in those situations if you’re a university student or a high school student that’s what you are, a student. Basically, you can spend as much time as you want on learning. I was paid by my employer to learn, so it was a full-time job. Where it’s not a full-time job, where you’re learning on your own out of interest, I think it’s important to go at your own pace. Language learning is not a race. It’s not a performance sport.

Yeah, I have my goals. I like to do three stories a day, but recently I haven’t been able to do that. I like to listen and I still do listen. If I have to get in the car to go and buy something, I listen. If I go for a period where I’m spending less time and I’m making less progress and learning fewer new words, that shouldn’t bother me. To some extent it does, but I shouldn’t let it bother me because any kind of external pressure like that reduces the enjoyment and, ultimately, our success in language learning depends on us enjoying the process.

So there you have it, a few thoughts on this whole question of our learning pace and those periods when we’re not able to spend as much time with the language as we would like. I look forward to your comments.

3 comments on “Language Learning Is Not a Race”

I totally agree with you. Right now I am leisurely learning languages just for fun.

Hi Steve,
Thanks for your advice. Your comments often help me to keep motivated.
Sometimes I can’t help it putting myself under pressure while learning a language.
Then I think of your comment and decide to find my own pace. A guiliy conscience is really no help.