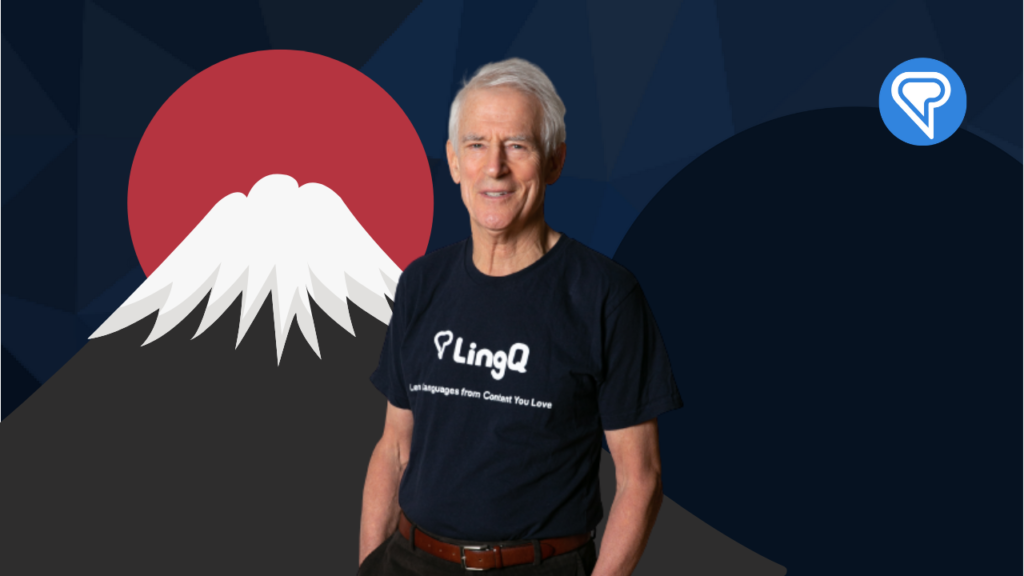 Is It Hard to Learn Japanese?

Hi there, Steve Kaufmann here and today, I want to talk about Japanese, learning Japanese. How hard is Japanese? Remember if you enjoy these videos, please subscribe. You can click on the bell here to get notifications.

So you may be aware that the American Foreign Service Institute, and I’m going to put a link to it here in the description box, has put out their evaluation of how difficult a different languages are based on how many hours of classroom instruction are required to achieve a certain level or fluency. I think these studies, these comparisons are definitely interesting. They have a lot of experience watching people in the classroom. I always feel that what’s more important than the classroom is the motivation of the learner. And very often this means what the learner does outside the classroom is more important than what the learner does in the classroom.

So how difficult are these languages? Obviously the number one factor is how motivated you are. Also another objective fact is, the more a language is different from your own, the more difficult it’s going to be. You have to get used to new structures. You have to acquire a lot of new vocabulary where there’s relatively little connection to vocabulary that you have for your own, from your own language.

Japanese, simply in terms of the vocabulary, the structure being very different from say English, if you’re an English speaker, is going to be more difficult. However, there are a number of things that make Japanese easier, in my opinion.  just went through my Japanese collection. I have so many different dictionaries that I used because I was looking for dictionaries that were more convenient, that were maybe based on a Romanized look up system rather than basing it on Japanese. I had to do so much reading. And in those days,  back in the early seventies, there wasn’t quite as much listening material available. It was hard work. Today with the internet, using LingQ where you can use our mini stories where you can immediately look words up with an online dictionary, it is easier.

Now I will confess that with Japanese and Chinese we do have an issue at LingQ because it’s not obvious what constitutes a word. If a number of symbols come together to form a word, where do you split? Where are the boundaries between words? We rely on different algorithms and they’re not perfect. Though perfection is the enemy of the good, right? The perfect is the enemy of the good. LingQ  still very effective.

The immediate obstacles with Japanese are number one, there are three writing systems. It’s the only language I know of where there’s more than one writing system in common use. So they have, first of all, the Chinese characters, which was the first writing system they had, and then they have the hiragana, which basically began as a system of using Chinese characters to represent Japanese sounds, and apparently there were a variety of versions. Different characters were used in different parts of the country to try and represent the sounds. Because of course the Chinese character is a pictogram it represents meaning, but there is also sound attached to that character. So that was initially used, and this evolved into hiragana, which is the most widely used phonetic script in Japanese.

So you have the Kanji, Chinese characters, you have the hiragana, which is the most commonly used, but then you also have Katakana, which parallels the hiragana and it’s used for words that are sounds: crash, bang or for foreign words. Personally, I found the Katakana very hard because you don’t see much of it. So remember in learning any new writing system, it’s not whether that writing system is intrinsically hard or difficult, it’s how long is it going to take for your brain to get used to that writing system? So in Japanese, 90% of the words or more are written in hiragana , then you’re doing most of your reading in hiragana and in Kanji, in Chinese characters, and you’re not doing very much reading in Katakana. So I always found the katakana a bit of an obstacle. So the writing system is a problem,  meaning you have to put the time in.

Everything boils down to rating and listening. The more you read and listen, and particularly read, the more your brain gets used to that writing system, the easier it becomes. So I began by doing a lot of reading in hiragana. Because I had Kanji from Chinese, I needed to get used to the hiragana. There was a series called the Naganuma books, and I read them all the time. Folktales from Japan. They weren’t very interesting, but just to get my brain used to it.

Several things make Japanese, first of all, more difficult. It’s more difficult because it’s structured differently, but it is easier in the sense that it’s more forgiving. And what I mean by that is, I have no idea or very little idea of the sort of grammatical explanations of Japanese. Japanese to me is like an old suit that you get used to wearing and after a while you feel comfortable in the suit because you wear it all the time.

It’s been like Chinese in that sense. There are a fewer things to trip you up. So when I think of a truly difficult language or languages, I think of languages where you have declensions and conjugations or you have gender. So if you use the wrong gender in French or Spanish, it’s kind of a bit of a clanger, you hear it if you use the wrong case endings. I’m not a native speaker, but certainly I’m quite sensitive in French to hearing someone use the wrong gender. Although I do it myself, it’s unavoidable. It’s just impossible to go from a language where you don’t have gender and then not make mistakes with nouns in languages where they have gender. But in Japanese, there’s no gender for the nouns. There’s not even singular and plural. So book is book. Book on the table. To my mind, that is much more forgiving. Even in terms of their verbs, there’s sort of a simple and a more formal form of every verb. So you have “iku” and “ikimasu”, but you can interchange them. So it doesn’t really matter. If you’re going to interchange, you err on the side of the slightly more formal, but you can say “iku”, “ikimasu”.

I never worry about it. I never spend a second thinking about whether “iku” or “ikimasu” is formal. You get caught up in the mood of the discussion, the sense of what’s appropriate. You start to feel after a while which word you should be using. You’re hearing the people you’re talking to use certain forms of the words so you’re going to pick up on that. The very formal, the very polite is more difficult. But you’re not expected to use that until you reach a stage where using that becomes natural. That was my experience. I stuck with my “iku”, “ikimasu” and at some point “mairimasu”, “irashaimasu”, whatever started to creep into my usage.

So to my mind, those are things that you evolve into. Some people find it strange that the verb comes at the end, but again, through enough exposure, you get used to that. So there are less obvious grammatical mistakes that you can make.

A lot of the language is a little vague. For example, verb tenses. If you say yesterday, today or tomorrow that determines the tense. So, “ashita iku?” Are you going tomorrow? “Ashita” is tomorrow. “Ashita iku?” “Ashita ikimasuka? ” “Ikimasu” “Ikimasuka?” The “ka” is a an interrogative at the end.

All of these things are flexible and you kind of get used to being around people who use the language of certain way and you pick up on it. That’s been my experience. Some people find the particles difficult. So by particle I mean you can use “watakushi” or “watashi”. When I lived in Japan, I used to always say “watakushi”. Now apparently no one says that they say “watashi”.

I have to admit, I don’t really know the difference. Presumably in a conversation I’ll tend to use one or the other for some reason. It doesn’t prevent proper communication in the language.  These particles show up after nouns and it help to indicate who is doing what to whom. And you can read an explanation of it, but ultimately you have to get used to doing it. It’s not tremendously complicated. There aren’t an unlimited number of these particles.

Similarly there are words, or at least portions of verbs that attach to the end of verbs which imply meaning, purpose or reason. A conditional:

There’ is also often more than one way of saying things. And here again, I find Japanese is a very flexible and forgiving language. Like with most languages, it’s just a matter of putting in enough time.

So I can well believe that Japanese takes more time to learn than say Spanish because the structure is very different. There’s also very little common vocabulary. There are lone words from English. Sometimes you don’t even recognize them, but it’s just a matter of putting in the time.

I have lots of books that I bought in Japanese, including one on Japanese sake, The Insider’s Guide to Sake. I bought a small Japanese grammar book, but I find reading through it I just get confused. I did buy the Living Language Japanese language course, but here again, it’s all in Romaji, the Latin alphabet. There are lots of exercises and I didn’t find that useful. I just think you have to start in using content like the mini stories at LingQ. Simple stories.

Just allow the language to come in you, come into you and occasionally look things up. Certainly look words up, and that’s how you gradually get used to it. So it’s not more difficult, but it can take longer. So basically that’s what I wanted to say on Japanese. I have made a number of videos talking about Japanese, or speaking in Japanese:

Thank you for listening.