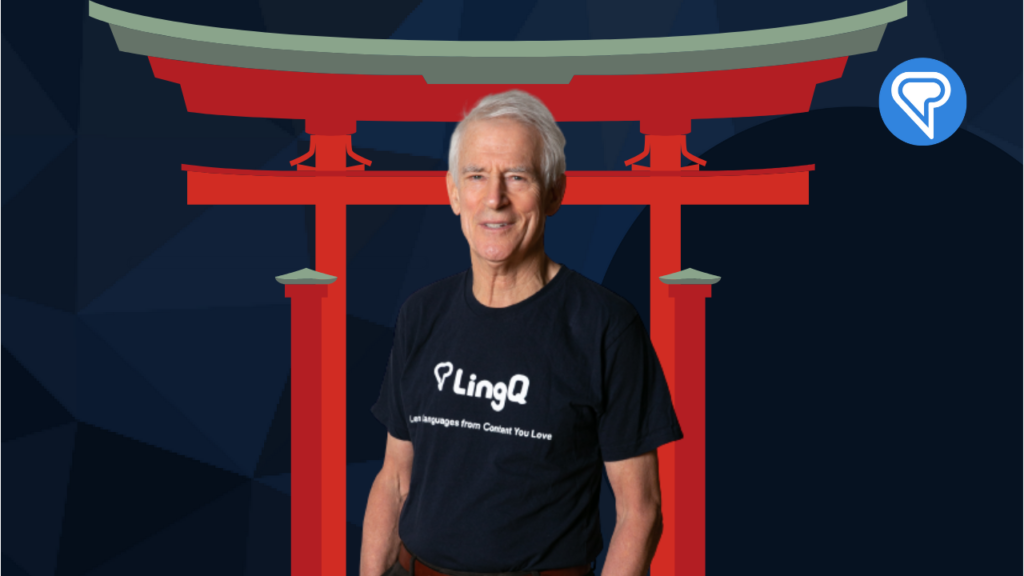 How I Learned Japanese

Back in 1968, I was sent to Hong Kong by the Canadian government to learn Mandarin Chinese. I spent a year learning Chinese and then the idea was that I would be working in the Canadian High Commission in Hong Kong using my Chinese.

Unfortunately there developed a personality conflict with my immediate boss at the High Commission. The idea was that Canada would open up an embassy in Beijing and I would be working for this person. It would be a very isolated posting. He and I didn’t get along, so I announced to the Canadian Trade Commissioner Service that I refused to go to Beijing to work under this person in an isolated post. Life would be hell for two and a half years. I said on the other hand, since the government had paid for me essentially to learn Chinese, which I had done in quick time in a year, whereas normally two years was the allotted time to learn Chinese. I said, I will, if you assign me to Japan, I will learn Japanese on my own. It won’t cost you a penny and you will have at least gotten some return on your investment. Looking back on it it was almost a foolhardy thing for me to do, but I was not to go and spend two years in an isolated post with someone with whom I had very strong personality conflicts and in their wisdom the Trade Commissioner Service agreed.

So I then started buying books in Hong Kong on Japanese. I still remember that one of the first things I learned was how you say, “how do you do?” when you meet someone for the first time. I learned that, I memorized it. I have never used that particular expression. Nobody uses that expression, a completely useless expression. It’s an indication that much of what you get in beginner books may not be all that useful. You have to be prepared to not necessarily eliminate it, but you learn it and forget it. And you don’t worry about it. Anything that’s thrown at me at any stage in my learning is not really important to me, whether I am able to hang on to it. In time, I’ll figure it out.

So while in Hong Kong, I had friends amongst the various other diplomats who were studying Chinese, and one of those people was very fluent in Chinese and he wanted to learn English. So we would meet for lunch twice a week at a very famous dim sum place in Hong Kong. On Tuesday we would speak English and Thursday we would speak Japanese. I don’t know what I was able to say, whatever I was able to find in my book, I would try it out. It wasn’t much of a conversation, but it was part of starting to experience things Japanese.

So then in January of ’71, we moved to Japan and I went to a school right under the Tokyo tower. Nitoguri Sensei was a very charismatic man and his message was “heart to heart”. We would sit around in this classroom, five or six of us, and we would all try to mumble something in Japanese. I did that for a month and then I realized that this was largely a waste of my time, so I quit and I started doing a lot of reading. I read a lot in this series by Naganuma, which I’ve mentioned before, which is all Hiragana. Since I had the characters from Chinese, I had to get used to the kanna, and even though compared to Chinese characters, Hiragana is easy to learn, there’s only whatever it is, 50 symbols. Never underestimate how difficult it is to get used to a new writing system, even though theoretically, you know what the symbols represent, before your brain gets used to absorbing messages, information with that writing system takes a long, long time.

So I read lots and I listened to lots and continued to scour the bookstores for reading material, wherever possible with cassette tapes, much more difficult at that time to find such material, but whatever I could find I consumed. I was lucky enough that at the Canadian Embassy where I was working, I had an assistant commercial officer, as they were known, these sort of locally engaged staff who worked with the trade commissioners, who had the contacts, who would accompany you to visits. His name was Nick Yazaki and he was extremely long-winded, and extremely patient and he would speak to me and say everything four or five times, and I would listen to him and I would imitate the way he droned on and repeated things. But when you’re learning a language, if you are lucky enough to have someone to talk to who is long of wind and repeats things, that’s extremely helpful.

With Nick, we would go and visit potential contacts, people who wanted to buy Canadian products. For the first two years I was promoting food products, in the second two years of the four years I was promoting forest products and we would visit with Japanese contacts and I would hang in there and I try to say something, pretend that I understood it. This was the other attitude that I had. It never bothered me that I, for the longest time, didn’t understand a hundred percent. I understand 30%, 40%, 50%, but I’d be in there nodding part of the deal. After the meeting, I’d ask Nick “what exactly did they say?” Maybe I said something that was totally irrelevant. It never really bothered me. I was in a Japanese environment. I was being exposed to the language, I was picking up on things.

It does take a long time. I can remember that even after years of living in Japan, the only television programs that I could understand were baseball and Sumo, because the dialogue is relatively limited, you’re seeing what’s happening. It took me a long time before I could understand dramas, soap operas or sword movies. It just takes a long time, but I was in a hurry. I certainly didn’t want to write any exam in Japanese. I just wanted to use the language to the extent that I could use it.

Where my Japanese really took off was when I left the embassy and I started working on my own. So now I didn’t have a Nick Yazaki. I had to handle these relationships by myself. I had Japanese people working with me and we’d be in the car, driving around the countryside for hours in traffic just talking, talking, talking. Talking about lumber. I had to learn about how they cut the trees, the logs, and how they cut for different grade, for different grain, for different qualities, the different idiosyncrasies of wood that they didn’t like or did like. We could talk forever about wood.

I had a customer in Nagoya when I was working for a major Canadian forest products export company. We were also selling newsprint and the Chunichi Shimbun in Nagoya, which is the major newspaper there. They had a purchasing manager and I had to go and be nice to him so that they would continue buying our paper. I would go down there once a month and yeah, and we would sit in a Japanese restaurant and sit on the floor and consume a bottle of whiskey and discuss philosophy. So I had to be up on subjects related to philosophy. We didn’t talk about the price of newspaper, we didn’t talk about anything related to business. We talked about philosophy, which was a lot of fun.

My basic attitude was one of just roll with the punches. I would go in and find readers with glossaries and for the longest time, when I saw Chinese character, I would pronounce it to myself in Chinese, very often not knowing how it was pronounced in Japanese. I would hear it and I knew what it meant, but I didn’t necessarily relate that character to any particular pronunciation. So I would read in Hiragana and pronounce it in Chinese, continue reading in Hiragana and acquire this vocabulary. All this has become much easier today because we have text to speech, we can look up words in dictionaries. At LingQ we have furigana, the little  guys on top of the character. So much easier. It’s unbelievably much easier, even though at LingQ it’s not perfect because the word-splitting algorithm doesn’t quite work as well as we would like. We’re looking at ways to make it better, but it’s still so much easier to learn today than it was back in those days.

My immersion in Japanese was one of, I wanted to explore, I wanted to experience the language. I’d say what I thought I was able to say, sometimes get it wrong. It didn’t bother me. I listened to what people were saying to me and basically relied on my brain to gradually start saying more and more things correctly. I never really focused in on the grammar, grammar rules, rules about when to use which polite form, none of that. I just basically allowed the language to come to me and trusted that my brain would pick up on the patterns of the language. And today my Japanese isn’t perfect. I haven’t tried to zoom in on any particular aspects of either polite language or pitch accent or any of these other things. I communicate. I understand. I’m happy. It serves my purposes. And I think people are quite comfortable communicating with me in Japanese.

Learning other languages and having an absence from Japanese has improved my Japanese. In other words, the fact of learning other languages and particularly the 10 languages I’ve learned since the age of 60, including Russian, Korean, Ukrainian, and now struggling with Arabic and Persian. All of that is good for the brain and actually improves my Japanese. Although, if I haven’t spoken it for awhile, I’m initially quite rusty, but then ultimately I become better.

LingQ is the best way to learn Japanese online because it lets you learn from content you enjoy!