The Mind, the Brain and Language Learning

The Mind, the Brain and Language Learning has been transcribed from Steve’s YouTube channel.  The Original video was published on April 9, 2013

Hi there, Steve Kaufmann here. I recently did a video where I talked about how our emotions get in the way of our language learning, even though we would like to pronounce something a certain way. I used the example of myself learning Portuguese and speaking with Brazilian people and hearing them say ________ and, because of my Spanish, I just don’t want to say ________, even though that’s how it’s said. My wife doesn’t want to pronounce the _____ in Spanish.

Whether it be because of our culture or because of whatever prejudices we may have or other emotional sort of forms of resistance, these things get in the way of us simply accepting the new language and just going with it and flowing with it. I mentioned the example of my father who always used to say _______ instead of Nova Scotia because to him it just seemed to make more sense that it be pronounced like the original Latin or something and that he wasn’t going to say Nova Scotia, even though he heard it all the time. This kind of stuff happens regularly.

There was a person who commented on that video and said a lot of the emotional resistance that we have to different aspects of the language we’re trying to learn is subconscious, so how do we persuade our brains not to resist emotionally, surely, that’s impossible, was his question. So I’m going to tackle that one.

First of all, I think we have to decide whether or not we want to change this emotional resistance. Let’s take an example. I have a certain way of learning a language. It’s based on listening and reading and sort of discovering the language naturally, acquiring words and getting a feel for the language. I was on a system the other day, just to see what the competition is doing, where they show you pictures and then give you these little snippets of phrases. Then they quickly turn around and give it to you in English and ask you to say it in the target language. Then they have you dragging and dropping words so you’re doing something with word order.

In other words, there is this whole pedagogical school of thought that says that we have to get the student to do something with the language – respond, say something, move words around, analyze and I have a tremendous resistance to this. The minute I see that I’m out of there. I don’t want it. I don’t want to have to say anything until I’ve heard it a lot, until I’ve had a chance to absorb it. This might, in fact, be an irrational emotional reaction on my part, I don’t know, but I have no desire to change it. So there’s no way there that I’m going to change because I’m quite comfortable. I enjoy doing it my way, I’m not about to change. However, let’s take the case of the Brazilian pronunciation. There I think my reaction is much more irrational.

So how do we change emotional resistance that we have to something. I think in many cases, if I look at immigrants here who never progress beyond a certain level in say English, it’s because they’re not very motivated or they want to kind of hang back in their culture, so how do we get them to change that. Well, if they don’t want to change it, you can’t get them to change it. If, in fact, at some level we want to change, then I think it can be done. That’s where I want to bring in what I consider a very interesting book on many levels, which I have mentioned before. It’s called The Mind & The Brain by, basically, Jeffrey Schwartz.

What this book does, it talks about people who have obsessive-compulsive behavior. Obsessive-compulsive behavior describes a situation where people feel they have to wash their hands every five minutes or, I don’t know, they’re afraid of snakes. It could be anything which becomes obsessive and very often this is treated with drugs. Jeffrey Schwartz developed a treatment which is, essentially, based on getting the patient to recognize that the neuro network that is driving him or her to wash their hands every three minutes or do something else that’s obsessive sort of exists objectively in the brain and that with enough determination and with a series of exercises and practice that the mind of the patient, the determination, the will, the willingness to recognize that this circuitry that causes this person to behave in a certain way exists objectively and is not necessarily part of that person’s personality or doesn’t have to be part of his or her behavior.

So once the person recognizes that their mind can be apart from this behavior then they can start looking at ways that the mind can influence the brain and actually change those neuro networks, change that behavior. As the person commenting to my previous video said, we have these emotional resistances and they are subconscious, but even subconscious things in the brain, if we are determined to, we can actually influence them through our determination. So if we are resisting something, hanging back in our native culture, unwilling to, basically, let ourselves go, let’s say we have the irrational fear of making a mistake or creating a bad impression.

I mean the fear that we’re going to make a mistake is not irrational, but the fear that we will be somehow thought less well of or that it somehow causes people not to like us, any of these other fears associated with making a mistake, are largely irrational and so, perhaps, using some of the methodology that’s described by Schwartz here, we can influence our brain so that we are less concerned, less uptight, less afraid or that we don’t resist certain forms of pronunciation or certain structures of the new language and that we just wholeheartedly take them up and make them part of ourselves.

Given that you want to make that change at some level and that the brain is resisting, the mind, in fact, according to Jeffrey Schwartz, can overcome the brain. I also have mentioned before in a video that I had a little bit of experience of something somewhat related to this. When I was a little boy, my father could wiggle his ears and I wanted to be able to wiggle my ears. I would literally sit for hours just telling myself wiggle the ears and, eventually, I was able to cause a neuro network or some connection to occur in my brain. I don’t know if you can see this, but I can wiggle my ears, especially this one. No, it’s this one here that wiggles more. You probably can’t see it, but I can assure you, I can wiggle my ears and this is something I achieved through my determination, the mind influencing the brain.

So I think the answer to this question how do we overcome these irrational fears that we have or these forms of emotional resistance that we have, well if you read the book by Jeffrey Schwartz you will see that, in fact, our determination is sending some kind of electrochemical signal through the neurons. I mean I don’t understand all that stuff, but it can affect the behavior of the brain. The mind can influence the brain and that, I think, has lots of significance for language learning.

So that’s my answer to that person’s question. Thank you for listening. 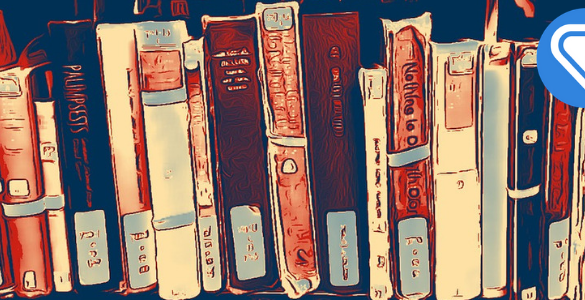 Language Learning is Getting Easier All the Time

Let the Language Come to You