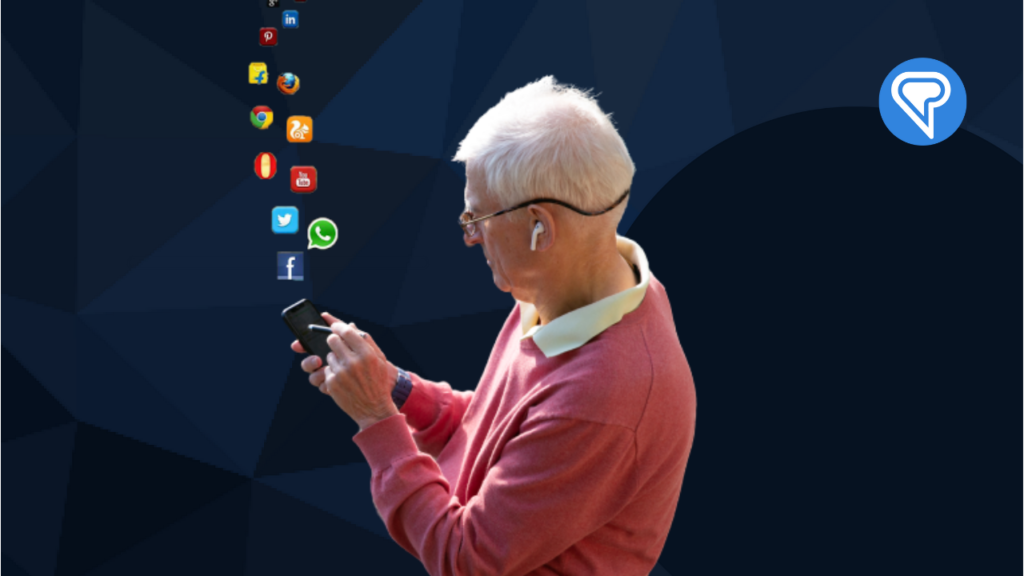 Language learning as we know is about motivation. That’s the driver. That’s the smart plug that triggers your interest, your curiosity. Content, which feeds that curiosity and those interests, is extremely important. Content that you like, content that has resonance for you.

When I first started learning say Chinese and French back 50/60 years ago, it was overwhelmingly books and then came along more and more tape recordings and cassette recordings. Then I went through a period where I was buying audio books and CDs to match. Now increasingly on the internet we have all kinds of resources that we can bring in to our sort of language learning world to learn from, and videos are quite powerful.

I have in the past expressed some reservation about videos because of course the problem with the video is you’re obliged to sit there and watch it. There can be long periods of time in any video, any series on Netflix or movie, where there’s not much dialogue. You’re just watching people move or cars drive or people shoot or whatever they do, so it’s less language-intense, word-intense than say a book or even an audio where you are relying on what you read and what you hear to learn. I find that is very powerful in terms of learning because you’re having to conjure up meaning based on these words that you hear. You’re becoming more and more used to these words. However, movies and series are extremely attractive and because so much of the language journey is connected with our emotions, I have found that say watching a series on Netflix, even when I don’t understand very well, it could be a series in Turkish or a series in Arabic,  or a YouTube video in Persian.

The good thing about a series is that you meet the same people every time in every episode. It’s as if you’re getting together with your family, your Turkish family, or whatever language you’re learning. You’re getting together with your friends and with your family, and you’re seeing them in different situations and always in somewhat familiar situations, because typically many of these series are very low budgets. It’s all done in the one studio and it’s always the same place and it’s very comfortable and familiarity and comfort also helps us in language learning.

But how do you then take these and make them valuable language learning opportunities? First of all, if it’s a movie on YouTube we do have at LingQ a browser extension (available for Chrome, Firefox, Safari and Edge) that allows us to import that as a lesson. So immediately you get the video, the audio and the transcript if subtitles exist for that video, which isn’t always the case. There is a program called Zero to Hero, which helps you find videos in the languages you’re interested in where, in fact, closed captions exist because once the closed captions exist, you can then import this as a lesson into LingQ. Now we are also able to capture videos and subtitle dialogues from Netflix, but Netflix doesn’t allow us to capture the audio. It’s very useful to have the audio because sometimes you want to listen to the audio without watching the video, but that doesn’t happen with Netflix. However, you can read the script and get used to some of the words.

There is also a piece of software called Learning Languages with Netflix where you can go through the video in Netflix frame by frame, see the subtitles and look up the words. There is another application called Down Sub, which enables you to download the closed captions from YouTube and from Netflix.

Part of the problem is finding a series. You can also find a film, but the advantage of a series is that each episode is 30 minutes long. It’s a nice amount to do. You have to be at a certain level. You have to have graduated from the more beginner material, but 30 minutes is okay. I go through the dialogue first. A 30-minute episode is probably only 10-15 minutes worth of concentrated dialogue. It’s not 30 minutes because there are periods when there is no dialogue. So I go through the dialogue and learn the words and then I like to go and watch the video. Now I have a stepper at home, so I can get out my stepper, I can put on my iPad and I can watch the movie. I’ve gone through some of the words, So the second or third time I watch it, I actually understand more and more.

As I go through the episodes I understand more and more of it. One thing I’ve asked my personal tutor to do, which is another approach, I asked her to give me a three/five minutes summary of each episode. So the episode is 30 minutes of video. If I take the URL from YouTube and I put it on this website which converts URLs from YouTube to MP3 files, then I can go to my Happy Scribe automatic transcription service and get the audio transcribed so I can study that in LingQ. But then I ask my tutor, because there are errors in the automatic transcription, to get a bit of an overview of each episode. My tutor gives me a three minute, four minute summary of that episode.

So again, if we are more familiar with the what’s happening, if we understand more, then it’s easier to understand. So that’s the approach that I’m taking. I watch the video once or twice while exercising on my stepper or whatever. I then work on the transcript from the soundtrack to get some of the words. Then I read the summary. Depending on when my tutor sends me the summary, I might start with this. So I get a better sense of what’s happening. So that’s one example. I did this inEgyptian Arabic. Egyptian Arabic is tougher because there’s no subtitles in Egyptian Arabic, no transcript. I asked my Egyptian tutor to actually transcribe a whole 30-minute episode. It ended up being 10 minutes that he had transcribed and then recorded. And so that’s kind of a work in progress.

We’re looking at how we can do that to make it more effective. The other thing is we are looking at ways actually within LingQ where you have two videos in different languages and you can immediately click and import them for your own use. You can share them and they will then be lessons. So rather than having to go and look for videos in YouTube, it’ll actually suggest something to you right in the content library, and then you will have the option of then going to YouTube and bringing those in to study. So if we can deal with the issue of where to find things of interest, to different learners or to ourselves and how to extract audio and text from them that prepares us to enjoy them more, whether we’re watching them on our iPad or on our televisions.

So it’s just an example of how content has evolved from what used to be books only and open-reel tape recorders, and then cassette tapes and then CDs, and now we’ve got all kinds of content on the internet. So, you know, there are more and more opportunities for us to enjoy our favorite content and stay motivated in learning languages.