How do you start a language from scratch? What is your process to learn a language?

All right, let’s say I was going to study Turkish or Arabic and I do intend to do that one day. I would go out and buy a starter book. A starter book is like a teach yourself, Assimil, Colloquial, any of those. It almost doesn’t matter. I just find it’s comfortable to have a book, a little book that gives you a bit of an overview of the language. There are typically 20 or 12 chapters that introduce some aspects of the language in each chapter. They have a dialogue, some audio, some explanations. I kind of go through them predominantly to get a sense of the language and to get an overview of the language not expecting to remember much. It’s just kind of an introduction, get my feet wet so to speak. Then as soon as I could I would get into interesting content.

How soon I can get into interesting content will depend on the language, but I would start trying and I would do it at LingQ, obviously, because there I can look up every word, I can save words. I’m used to that. That’s my favorite sort of learning environment, but my sort of modus operandi is to get into a situation where I can listen and read because listening in combination with reading is so powerful.

Also, listening and reading go together. Why? Because we listen to something that has been recorded. That’s a record. It’s an audio record of something that someone said. Writing is a written record. Before they had tape recorders or mp3 files all they had was writing. That was the only way to record what was said. The writing is a visual representation of the words. I find that I need both. If I just hear it I won’t remember it, not a chance. If I’m talking to my tutor and she gives me a new word in Ukrainian, if I don’t see it written down I haven’t got a chance of remembering that word. But if I hear it often enough and see it often enough (that’s the visual representation) if I combine the two I have a chance of accumulating those words.

In order for that to work in the initial period, which might be one, two, three months, you’ve got to listen more than once to the same content. That’s what I would do; therefore, it has to be short. Even though the content is boring, it’s the challenge of trying to make sense out of this new language that makes it interesting enough, stimulating, challenging enough that I can actually listen over and over because I’m still not getting certain parts of it. Even though I’ve read it, I’ve looked up the words and I’ve kind of pieced together what it means, when I listen to it it’s still a blur. Therefore, there’s that challenge that keeps you focused. You’re going to listen to it again, read it again. Also, in the beginning I am more likely to review words and phrases using my flashcards or other activities that we have a LingQ, closed tests, multiple choice or whatever. I have to intensively work this stuff because it’s so new to me.

Remember again, I’m listening to content that’s short for which I have the transcript and hopefully it’s relatively easy because it’s designed for beginners. You can get that out of your beginner book. You can find lots of such content at LingQ for different languages, some languages have more than others, but as early as possible I want to get to interesting content. After a while it becomes boring to listen to stuff that’s essentially boring, so I have to move to a stage where I am now motivated by my interest in the content and for me very often that means books related to the history of the country where the language is spoken and then it continues. It’s that combination of the sound and the visual representation of the words repeated, repeated, repeated.

Now, some people say, well, you should try and first learn the most important 1,000 words of the language. They will show up anyway. That you needn’t worry about. The main thing is to get hooked, hooked on the language. Get enough of a start with the beginner material that you’ve got a bit of a toehold on more interesting material. Initially it’s a tough grind, but I find that in that early period where it’s very difficult and I’m looking up a lot of words I’m excited by the fact that I’m actually reading and listening to authentic material that turns me on. Wow, look at me! Now I’ve got say a Turkish newscast with transcript. I’m listening to it, not really understanding it, reading it, listening again, but it’s real stuff. Then, without even realizing it, all of a sudden three months later I’m able to understand more and more of these podcasts or whatever they might be. As I’m getting more and more of the meaning, then I try to notice expressions or words that are kind of key words for the meaning or key words that I would like to use. So I think it’s useful once you are comfortable with the meaning that you try to focus on certain expressions when you notice them, certain phrases.

The great thing about listening is you can do it wherever you are. I find, and I’ve said this before, if I just sit down and listen I lose focus. However, if I’m listening while driving, if I’m listening while doing the dishes, then I seem to be able to focus in better on the meaning. Once you are able to kind of get the meaning fairly well, that’s the time where you start focusing in on expressions and phrases so that you notice it here, you notice it there and pretty soon it starts to become part of your vocabulary.

Now, different people start speaking at different times. If I were doing Turkish, I would imagine that my initial period with the beginner material might be three months because it’s a totally different language. I might go another three, four or five months with a lot of listening and reading getting into more and more interesting content and then I would need to start speaking because when you start speaking you see things that are missing. You get a report back, hopefully from your tutor, which I can import into LingQ. This increases your attentiveness so that when you’re listening you’re listening for some of the things you had difficulty with and as you process you’re able to speak more.

Right now I’m doing four languages. I’m doing Ukrainian for six weeks, then I’m going to do maybe Polish and maybe Czech, so I’m speaking once a day an hour a day. That’s a lot. I think it’s sufficient to do it once or twice a week. That’s all the speaking you need in order to kind of maintain that level of focus when you’re listening and reading. Basically, that’s what I do. If I have dedicated learning time I sit down with my iPad and I read and I create links. The listening ends up being the biggest part of my learning activity because I can do it whenever I want.

That basically is what I would do. So when I undertake Turkish or Arabic, when I get around to doing that, I would expect that it would take me a year using mostly listening time, maybe 45 minutes a day, an hour, another half hour with my iPad on LingQ. On that basis I would think within a year I would be able to present to you some videos of me speaking Turkish. That’s for the future.

Anyway, that’s a brief description of how I go about learning languages. I hope this was of interest and I’d be interested in answering any questions. Bye for now. 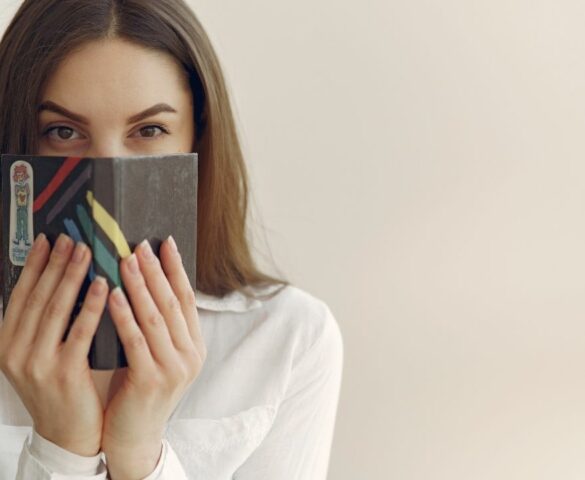