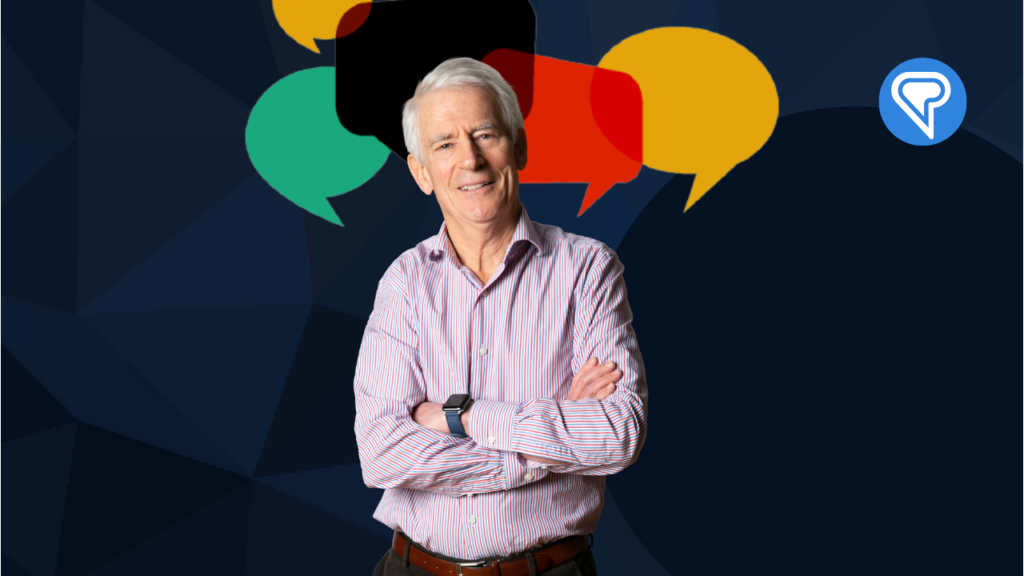 How to Improve Your English Speaking Skills

Remember, by the way, if you enjoy these videos, please subscribe. You can click on the bell for notifications and by all means, join me at LingQ. Also I should point out that, for those of you who are learning English all of these videos are available on LingQ, where you can study the transcripts and use them for your language learning.

I think many people feel that they understand English, that they can read English fairly well and that they struggle when speaking. Now this problem is obviously not limited to people who are learning English.

I think people learning all kinds of languages find them selves in a situation where they feel frustrated that they aren’t able to say more. And they feel that their comprehension is better than their ability to speak. So I want to talk a little bit about what we can do to improve our speaking skills with specific reference to English.

First of all, I’m going to say that in my experience in dealing with people who are learning English and who claim that they understand, but they can’t speak well, that in most cases, that is simply not the case. My own experience is that in order to speak well, you have to understand very, very well.

You have to have a large vocabulary. Now, there are people who are in an environment where the language is spoken, or they have a limited requirement to have simple conversation where maybe that’s not the case, but in my experience, in order to have conversations on a variety of subjects, we need to have a large passive vocabulary and a high degree of comprehension.

That’s always been my experience. If I measure how many words I know on LingQ, at what point am I able to converse freely? That number is surprisingly high. Around 60,000 words on Czech. I have 100,000 words or 95,000, in Russian. Now, granted, the way we count at LingQ, it may be a bit misleading because we count every form of the word as a different word.

So I found, for example, say with French or with Chinese, that when I did a lot of listening to audio books, a lot of reading and brought my sort of passive level in the language up to a very high level, that my speaking ability improved significantly because, in my experience, our output ability is always going to be less than our ability to receive the language.

And so, and I think that that’s always going to be the case. There may be exceptions, the street peddler in Marrakesh, who is very fluent in 10 languages. Well, doesn’t have to be a Marrakesh. It can be a store anywhere that people develop a sort of a pattern, but if we’re serious language learners, if we want to be able to converse and join people in, in all kinds of different situations, we need a high level of skill.

We need to understand movies. We need to understand audio books. I remember I was in France once and there was a lady who spoke French fairly well. She was a wife of one of my business contacts. So I gave her a French audio book. She said, I can’t understand it. So I would say that the first thing in improving your speaking ability in English or any other language is to push your receptive skills, push your passive knowledge, push the input, take it past being able to read an article in a newspaper. That’s not good enough. Get to where you can read a book, read several books, listen to audio books, watch movies, you know, expand the range of your skills in the language.

People around you are speaking quickly, and you feel as if you don’t have enough time to say what you want to say. And so you have to put yourself in that uncomfortable position over and over again and not worry about the impression you create, but rather worry about your ability to convey some meaning.

And gradually that will expand as you continue your heavy emphasis on input and the range of phrases and expressions that you have starts to increase. And you can start using some of them, but without ever worrying about how you sound. Similarly with pronunciation. If you listen carefully to the pronunciation, if you pay attention to the pronunciation, gradually your brain will get used to those sounds.

Even if you only remember a small number of them, when you want to use them, that small number is going to gradually increase. But it will always be much less than the full range of phrases and words that you understand, and that shouldn’t be a cause of frustration, that’s normal, and you need to continue putting yourself in that situation.

Now, I would also suggest that at an early stage in your learning the emphasis in my view needs to be more on the input side. So you can start accumulating the comprehension skills, these weapons, these words, and phrases. And as you progress in the language if you now feel yeah, I can read, I can understand well, then push on that reading and understanding. Read some novels, read outside your comfort zone. Listen to audio books. Don’t have subtitles in your own language when you’re watching a movie. Do all of those things to push the the brain’s familiarity with the language. And then when you go to speak, just let go.

Just let go and listen to how the other people around you use the language. That’s also very important. Very often, if you say something and it wasn’t said quite correctly, people you’re talking to may just pick up on that phrase and use it in their reply to you. And so you can sort of start it, bringing that in and acquiring those weapons in your arsenal.

And when it comes the English in particular, I think people who learn English are the luckiest in terms of the availability of wide raid range of content in English that you can access. More people in the world speak English. Obviously there’s a lot of Chinese speakers, but once you get outside the country where the language is spoken, English is the most common.

And I’d like to direct you to a couple of videos that I did. One where I talk about talking your way to fluency. And another one where I talk about main, what I do to maintain my languages, where I find that my speaking ability in these languages declines. So you might find those two videos worthwhile following up on.

Thank you for listening. Bye for now.