Preparing for the TOEIC Test

The TOEIC test, or the Test Of English for International Communication, is the most commonly used test of English proficiency around the world. The test is especially popular in Korea, where people need a good score to get a job, get into or graduate university and so forth. I spoke with LingQ Academy student Hanna, who is from Korea and has experience with TOEIC, about how LingQ can help learners ace the test.

Learning English? Read and listen to an audio recording of this article on LingQ so you can look up new vocabulary and review using our unique language learning tools. Available on both web and mobile. Try it free!

Hanna did some research, and discovered that the test was changed in May of this year. Graphs have been added and the dialogues can now include up to three people speaking, not only two as was the case before. This makes the test more difficult. Also, longer paragraphs have been added as the company that creates the test, ETS, wants learners to have a firm grasp of English rather than relying on strategies that might allow them to successfully guess an answer. In other words, learners will actually have to know English. I think this is a good thing. A test of English proficiency should test exactly that, not how well you can hack or cheat the system.

The main skills needed to do well in the TOEIC test are the ability to read fast, understand what you hear (have excellent listening comprehension skills) and know the meaning of quite a lot of vocabulary in different contexts. Really, those are the main activities at LingQ: reading, listening and acquiring words in context. That’s why we’ve developed intermediate and advanced courses for English language learners who are studying for the TOEIC test.

When I was in Hanna’s home country Korea, I saw the same thing I saw in Japan; you go in the bookstore and there are all kinds of TOEIC specific study books. Some are filled with TOEIC test word lists, and people buy them and try to memorize the words. In the new version of TOEIC, learners are  not only tested on their knowledge of the word’s meaning, but also how the word is used with other words, and that comes from learning the words in context. That’s why LingQ would be a such great tool for someone preparing to take the TOEIC test.

Hanna took the previous TOEIC test before she came to Canada and found it tough. It was especially difficult to read quickly in English, and when she sat down to take the test she felt that she hadn’t had enough practice. The TOEIC test preparation classes she had taken required her to concentrate for more than two hours at a time on memorizing vocabulary and strategies, which she found tiring and ineffective. A focus on reading and listening interesting content would have been a more engaging way to to learn.

Learning from context to ace the TEOIC Test

My belief that focussing on learning from context doesn’t mean I don’t see the value in practicing the test. People who take the test more times are going to get better at it, so practicing with mock tests can be helpful. I’m saying that the bigger focus should be to build up your listening comprehension and reading skills.

Hanna needs to take TOEIC again when she returns to Korea. To see how well LingQ works to increase TOEIC scores, we’ve signed Hanna up for a TOEIC test here in Vancouver before she leaves. She will then study the TOEIC course on LingQ for two hours per day and take the test in three months time. I’ll report back on how she does.

Do you have any experience with TOEIC? Have you taken the test before and would like to take it again to improve your score? I look forward to reading about your experiences in the comments section. 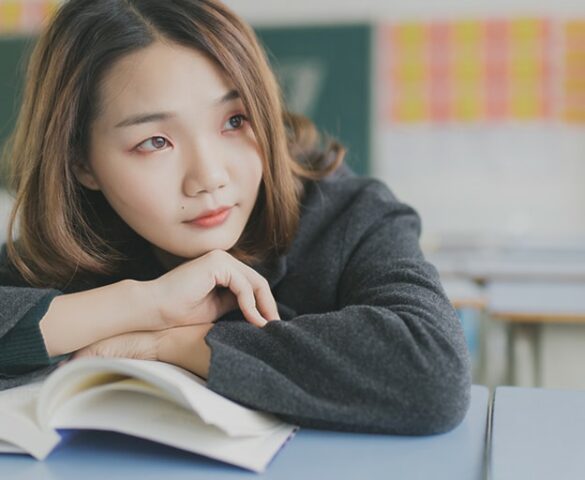 How to Learn Chinese: My Top 6 Tips

2 comments on “Preparing for the TOEIC Test”

Hello,
I am now at the stage where I am only starting to get to know about TOEIC, so I have found this info pretty useful. At this point, my English is in good shape, but it started fading out little bit I guess, most probably because I stopped learning new words – basically, my English stagnates. I am now living in my home country, so I am not under pressure to learn new vocabulary. In order to preserve it and improve it, as much as getting reward in form of benefit which comes with it, to step up my game in work opportunitiest. It is an useful weapon for a non-native speaker nowadays. I was thinking about getting TOEFL later on. Can you help me in the question which one test is better to take as first? Thank you!

Which test to take depends on what your goals are, and what is required by employers or schools that are of interest to you. TOEIC is cheaper and probably a good place to start. Good luck.