Syrian Refugees Will Need to Invest in Language Skills

Refugees are flowing into Europe. The newspapers, TV news and social media are reporting on the desperate plight of people fleeing war in Syria and elsewhere, or people who are simply seeking a better life in Europe. Europe is not the only area into which refugees are flowing. We are witnessing a massive movement of people. Whether this will prove permanent or temporary remains to be seen. In any case, these refugees will need to learn the language of the countries where they will settled.

Most of the world’s refugees are not to be found in Europe but in countries near their countries of origin. However large numbers have been risking their lives and the lives of their families , paying people smugglers to help them cross the Mediterranean in unsafe boats in order to reach a better life in Europe.

To the Europeans, this influx has sparked two kinds of responses. On the one hand there is a natural impulse to want to help people who are in danger or who are seeking a better life. On the other hand there is concern that the new arrivals represent a threat to established societal norms, common values and social cohesion. In other words there is concern that this large influx of immigrants cannot be absorbed by the host countries.

It is highly unfortunate that this movement of people is driven by people smugglers and is not part of an organized immigration program. I expect the result will be many problems for the emigrants and for the receiving societies. At some point this process will have to brought under control. This will require considerable political will.

Canada has been taking 250,000 immigrants a year, including refugees, for the past twenty or more years. In addition Canada has been receiving over 200,000 temporary workers per year for the last five years or so, many of whom end up remaining in Canada.

This is a large number of newcomers. While the Canadian system is far from perfect and subject to lots of abuse, by and large the results have been positive for immigrants and Canada. One of the most important factors affecting the successful integration of newcomers, whether in Canada or Europe, is language. Newcomers who learn the language of the country, find work, interact more easily with the host society and are happier with their new life. This can go a long way to overcoming tension which otherwise can easily arise between immigrants and locals. Even if the immigrant is comfortable in the local language, there can still be problems. However, everything becomes much more difficult if the immigrant has poor local language skills.

In the recent past, the policy of multiculturalism has tended to place the onus on the host country to be tolerant and open to the culture of the new arrivals. I think this approach is misguided. We are starting to see the limits of this approach in Canada.

As someone who emigrated to Canada with my family almost 65 years ago, I believe the responsibility for integrating and understanding the other culture rests primarily with the immigrant. The immigrant cannot expect to impose his or her culture or values on the host country. The successful immigrants are the ones who try to fit in and respect the values of the host country, not only when interacting with society outside the home, but even to some extent within their own homes.

The first step to fitting into a new society is acquiring the language. In Canada, those immigrants with poor language skills are often unhappy in their new country, even if they have a high level of education. These people often lack the confidence to function in the broader society, and end up living lives of frustration, low income and insecurity. This can carry on to the second generation. This is not a viable long-term solution neither for the immigrants nor for the receiving countries. We have already seen the tensions created by ethnic enclaves in different countries of Europe.

I don’t know how the present refugee crisis in Europe can be resolved. The better the reception for these refugees, the more people will be encouraged to come. They will come, not as part of an officially controlled immigration program, but they will just show up on Europe’s borders. There will be many deaths, and the people smugglers will profit. Ultimately Europe will have to say no, and will have to repatriate these refugees, and economic migrants.

These migrants are only a small part of the tens of millions of refugees in the world. It is to be hoped, that rather than focusing so much money and attention on this illegal flow of people, more money can be provided to the vast bulk of refugees who live in camps with insufficient food and medicine, and don’t have the money to pay people smugglers. 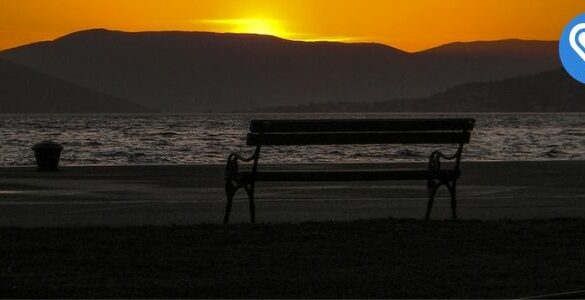