Listening And Reading IS Communicating Effectively

Hi there, Steve Kaufmann. Here I am again in Palm Springs. My wife and I bought a little house here so that we can come here in the winter. We have to come down now to fix it up.

I want to talk about communicating, communicating and language learning. I read somewhere that they think language ability in humans was developed so that humans could collaborate in a hunt or whatever it was that primitive human beings did. The ability to communicate effectively, in other words the language skill, gave them a tremendous advantage as a species.

I had an opportunity, two nights ago, to spend an evening with a delightful Russian couple who live in Palo Alto. To me, it was almost like a reward for the years I’ve spent listening and reading in Russian. They invited me for a wonderful Russian meal.

I was visiting with them because, particularly Alyona, is part of a project called Mulbabar, which is a Russian project whereby journalists, including a very famous Russian journalist called Dmitry Yakovlev, want to create a new media which takes some of the tension and hype out of the present atmosphere of – I would even say hate – that seems to be prevailing in Russia; the hate and antagonism, specifically between Russia and Ukraine, but in a broader sense. I very much support that initiative, but beyond that for me to spend an evening talking in Russian, eating Russian food, experiencing that Russian atmosphere that I so much enjoy was a reward.

Just a final note: Communicating of course includes speaking, but it’s not only speaking. Just out of curiosity, I looked at my statistics at LingQ and I have read well over a million words in Russian, according to my statistics at LingQ, so I have read much more than that. Every day, just about, I download from Ekho Moskvy two, three or four interviews and each interview is 30-40 minutes long. I’m sure I’ve listened to six-seven thousand hours of Russian over the last nine-10 years.

How much have I spoken? Again, mostly I’ve spoken with our tutors at LingQ. We keep those statistics, I’ve spoken 150 hours. Throw in another 10 or 15 hours where I’ve met people like the other evening and spoken. So I have listened 50 times more than I have spoken. That’s not because I don’t want to speak, I just haven’t had the opportunity, whereas there’s ample opportunity to listen and read.

Thanks very much, bye for now. 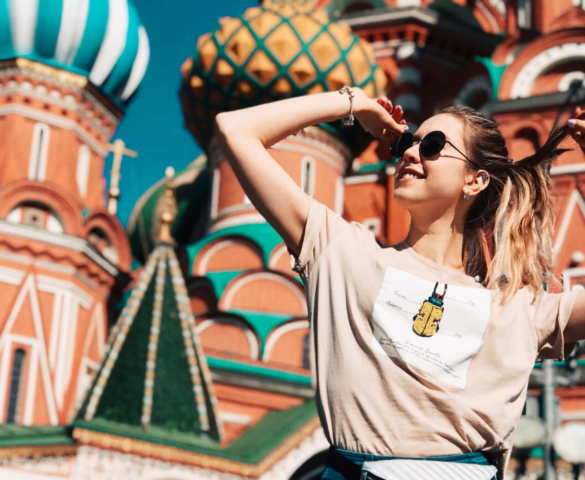 3 comments on “Listening And Reading IS Communicating Effectively”

I appreciate your blog, because it makes very real the simple but profound pleasure gained in overcoming language, cultural and national barriers by just being able to ENJOY people on their linguistic turf. I’ll take the opportunity to say I have never had so much fun learning languages as I am having on LingQ. Many thanks.

I’ve been learning English for over a decade but haven’t spoken much. I usually speak with one person but when it comes to speaking with a group of English people my mind goes blank and I feel like I have nothing to say. I am afraid of speaking in public, in meetings, gatherings, parties … I don’t understand why? And even after a few hours of learning at home and feeling confident …the confidence goes out of the window when I have to speak to more than one person.

How can I overcome this issue?

Sorry – I am not Steve, but I work for him and I am very familiar with being shy and not wanting to talk in front of a group of people. I have written a little post on it – that you can read (or not), but first let me just commend you on your written English, if you speak half as well as you write you should have no problem – it’s flawless. Here’s my post and good luck.